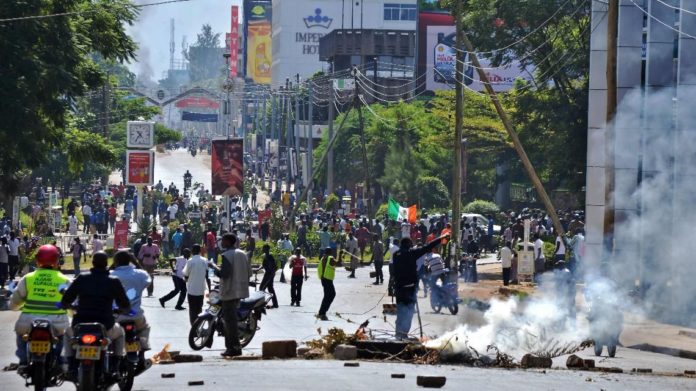 Kenya has reacted angrily to the release of a critical report by the head of the European Union (EU) election observer mission on last year’s presidential election.
Marietje Schaake released the report earlier today in Belgium’s capital, Brussels, because, she said, the Kenyan government was not ready to meet her.


A statement from the Kenyan embassy in Brussels says the claim was dishonest and that she had breached a memorandum of understanding between the country and the EU.
It goes on to say that a visit had been agreed on for “between mid-February to mid-March”.
Ms Schaake said in her statement that she was releasing the report to meet an EU guideline of presenting a report three months after an election.

The report highlights concerns about the use of state resources and the intimidation of electoral officials during the disputed poll.
It makes 29 recommendations on how to improve the electoral system, but Ms Schaake told the BBC’s Focus on Africa radio programme that it’s up to Kenyans to fix the problems.
President Uhuru Kenyatta was elected in a repeat election in October which was boycotted by opposition leader Raila Odinga.


The first election in August, which Mr Kenyatta won, was annulled by the Supreme Court.
The election period was marred by violence, with rights groups saying that at least 50 people, mostly opposition supporters, were killed by the police.
The police, however, disputed the allegations.