Home Regional Kenya Electoral Commission: There was attempt to hack system, it failed 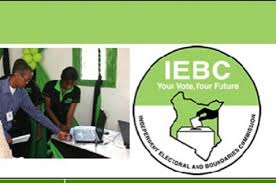 Kenya electoral commission last night confirmed that there were attempts by some people to hack into their result transmission system but the attempt did not go through.
IEBC Commissioner Yakub Guliye, who chairs the commission’s ICT committee, told the press that the system is intact and nobody had gained access despite the attempts.


“We have seen attempts by some people to hack into our system but they did not succeed because we have invested heavily in surveillance system,” Prof Guliye said.
“There was attempt but there is no evidence of access. The alleged hacking is not our system. Claims the system was hacked are not true.”
Prof Guliye assertion seemed to depart from a clarification the commission’s CEO Ezra Chiloba had delivered earlier in the evening during another press briefing.

Mr Chiloba had categorically stated that the system was safe and secure, and that there had been no attempt to hack into it.
Nasa presidential candidate Raila Odinga had earlier in the day claimed the system had been hacked and questioned the authenticity of the presidential results IEBC has been streaming since Tuesday evening when the polls officially closed.
IEBC itself has said the results it has been streaming online and on the large screens at Bomas in Nairobi are unofficial.


Mr Odinga claimed that the system had been hacked and the results compromised to give Jubilee Party’s Uhuru Kenyatta underserved advantage.
IEBC Chairman Wafula Chebukati, however, said the results displayed on the screens were not official and would be validated by forms 34A and 34B.
“Aspersions have been cast on the result transmission by some of our stakeholders. We would want to state that the results on the screen are not the official results,” IEBC chairman Wafula Chebukati said.


The commission, at the same time, in their last press briefing on Wednesday revealed that over 1,200 presiding officers had not delivered forms 34As to constituency returning officers to validate presidential results from their polling stations.
Commissioner Rosemary Akombe attributed this to logistical challenges in areas that are outside internet network.
Most of the affected polling stations are from Turkana, Baringo and North Eastern regions.
Dr Akombe said some of the regions started voting late hence the delay in transmitting the results.


‘’We have set up 50 call centres to get details of the affected polling stations,’ Dr Akombe said.
The commission further urged presidential candidates who have any complaints regarding the transmission of results or any other issue to formally approach the commission.
From the Forms 34A, which come from the polling stations, and 34B, from the constituency tallying centres, the commission will generate Forms 34C, which collate results for each presidential candidate from all the 290 constituencies.
FORM 34C


Some of the 30 constituencies that had submitted their forms 34B are Funyula, Narok East, Chesumei, Emurua Dikirr, Kajiado Central, Suna West, Khwisero, Maara, Jomvu, Kitui West, Lari, Ndia, Tetu, Bureti, Soin Sigowet, Nambale.
Form 34C is also the one that IEBC will use to declare the results, which by law should done by August 15, or seven days from the date of the elections.


The validation and publishing of the official presidential results started on Wednesday at the Bomas of Kenya auditorium as IEBC moved to restore confidence in the exercise .
According to Mr Chebukati, the only official results are those contained in Forms 34A and 34 B from the polling stations and constituency tallying centres, respectively.
Source: Daily Nation