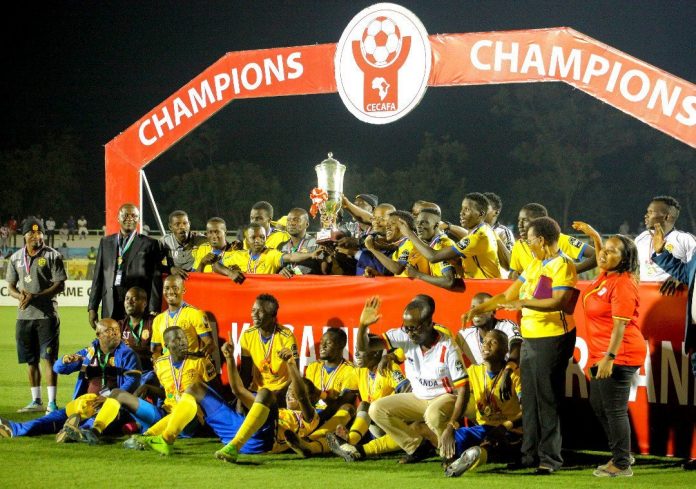 Despite missing some of their key players like Captain Timothy Awany, striker Allan Kyambadde and Patrick Kaddu who were with the National team, the Uganda Cranes at the just concluded Africa Cup of Nations, KCCA went ahead to emerge victors in 2019 regional football club championship CECAFA Kagame Cup played in Rwanda

The team was later hosted for a dinner at the residence of the high commissioner of Uganda High Commission-Kigali, Her Excellency Oliver Wonekha. To hank the team for the amazing display during the tournament


This is KCCA’s second title since 1978 and the first title for Uganda since 2006 when Police FC last won the championship.

Left-back Musitafa Kizza scored the lone goal in the second half to lead KCCA FC to victory. The team walked away with a cash prize of $30,000 (about ugx. 112m) courtesy of President Paul Kagame’s support towards the competition.


This is in addition to $1000( about Ugx. 3.6m) which FUFA president Moses Magogo promised each member of the team if they win the championship.
CECAFA Kagame Cup is the oldest club competition on the continent which brings together teams from Kenya, Rwanda, Burundi, Djibouti, Eritrea, Sudan, Somalia, South Sudan, Ethiopia, Uganda, Tanzania and Zanzibar