Home Politics Kayihura: Police rotten at the bottom ‘‘me am clean’’, vows to build... 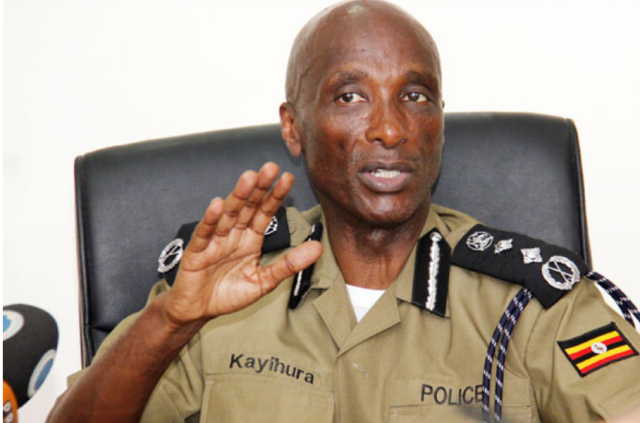 The inspector General of Police Gen.Kale Kayihura on Friday suspended all the police commanders in Mubende after being alleged to be involved in land grabbing by locals.
The suspended officers include; SSP Christopher Barugahare, the Regional Police Commander for Wamala region, ASP Charles Magoola, the District Police Commander SP Swaliki Magoola, the OC CID and Hakim Mukama, the OC in charge of lands.


This was after a meeting organised by the state minister for Lands, Persis Namuganza and state Minister for Kampala, Benn Namugwanya following complaints by locals about land grabbing in the area.


In response, Kayihura promised them a lasting solution by suspending the police leadership in the area whom he said have failed to perform their duties.
“As a doctor who has spent a long time since the days of the bush, I have been able to examine the problem in this area. I put the problem on the Regional Police Commander,”Kayihura said.
Gen Kayihura revealed that the police force is rotten from bottom but functioning at the top management.
Gen Kayihura said the lower level police officers are at the centre of several sagas including land grabbing but for him as the Force’s top commander is clean.


“The rot in police is from the bottom but for me as a commander on top I am still very clean. I am on the operation to build police afresh starting with Mubende. I have suspended these officers and I promise I am bringing you angels who will work,” Gen Kayihura said.
“Every district has problems of weakness in leadership and security personnel like police. Our effort is prevention. I am not joking. First of all I blame RPC. The President was here but you failed to explain to him matters regarding land,” he said.


He added: I cannot keep answering for people who cannot work. We are going to bring genuine and serious police officers. Have hope and forgive us for whatever has happened. Our role is to protect life and property.” Kayihura said.

Gen Kayihura’s statement about police rot contradicts former Buyende DPC, Muhammad Kirumira, who recently said that police that criminals were powerful because they are supported by police’s top command.
Read: Kayihura to Museveni: Its us in govt who have failed you, promises total loyalty 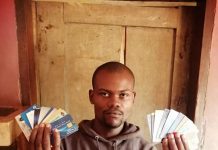