Home Politics Kasirye Gwanga , the man who fears nothing 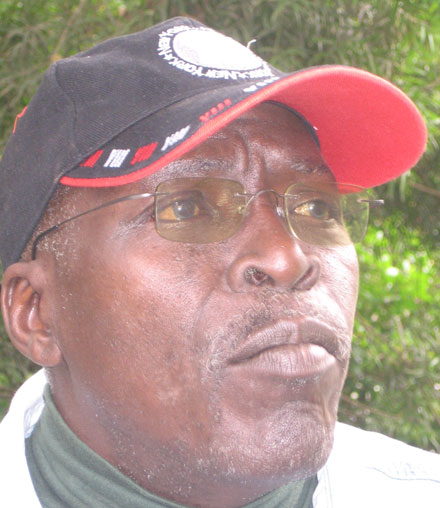 By Norbert Mao
Once in a while a single event defines the character of a nation – its roots, its strengths and weaknesses. It tells us who we are, where we are and what we value. In the debate over land rights and the ineptness of the State to protect land owners, the match struck by Brig Kasirye Gwanga to set ablaze a tractor he had earlier doused with petrol spoke volumes.


Brig Kasirye Gwanga, a retired senior UPDF officer, is in the news for setting ablaze an earthmover which he found clearing a piece of land in Lubowa. He claimed that whoever sent the machine was trying to grab his land and he had to get serious. “I burnt that tractor. Tell them. I am now hunting them. I am a bad hunter. Let them know,” Kasirye Gwanga said when asked to comment on the incident.

The years of frustration with an unjust judicial system that is non-responsive to the cries of victims, the bias in favour of moneyed and powerful interests, the corruption in law enforcement agencies and the indifference of government generally have finally crystallised into one explosive act of outrage by the colourful Brig Kasirye Gwanga.
That single action seems to personify the anger felt countrywide over threats to land and the helplessness of the state vis-a-vis land grabbers. What Kasirye Gwanga did is not acceptable in a country where the rule of law reigns. The fact that a retired army general with a sterling record of service who also happens to be a Senior Presidential Adviser can take matters into his hands is very disturbing.


Even more disturbing is the exchange the good old soldier is having with guardians of the law. In response to a police statement that the incident was under investigation, Kasirye Gwanga said the police should not waste time because he has already admitted to burning the equipment and they know where to find him.
To say Kasirye Gwanga is controversial is an understatement. He shoots from the hip, he is highly opinionated and totally irreverent. His devil may care attitude has turned him into a folk hero. By his recent action he is effectively a one man rebellion against a corrupt law enforcement structure.


For those who want an introduction to Kasirye Gwanga, here are a few quotes I have culled from newspapers. After the Kasese killings he said: “The king should be released. His people are bitter and will not sit back. Look at the nature of the arrest. Does President Museveni imagine Ugandans are stupid? You arrest the man for allegedly killing a police man in March; even then why did he wait to lose terribly in Kasese before remembering the king killed someone a year or two ago? People add up these things! It is a big mess and Museveni has embarrassed all of us.”


He talks casually about shooting people. While narrating a robbery he foiled, he said: “I pleaded with them to take the car and spare our lives. When we got out, I pulled my pistol and shot the idiot! The fool shot me in the thigh and thought he had finished me off. I touched the sensitive organs of the body, realised I was safe and shot him.”
When asked whether he goes to church he retorted: “To do what? Me Kasirye Gwanga to pray with these idiots? I do not pray, I speak with God anytime, I am Him,…Did I write the Bible? Doesn’t it say I was made in His image? So I am God and even now I am speaking to Him.”

In 2012, the Monitor’s Ivan Okuda interviewed him. Apart from the quotes above, he also talked to other people who gave their opinions on the General.
One said, “I wonder why people suffer with suicide; just go to his farm and before you know he has shot you, bodaboda men only go there when they are called by him,…Forget about Moses Golola (the kick boxer), Kasirye Gwanga is bad news, no nonsense!”
A farm worker he met told him, “He is good, but changes colours. You work aware that there are slaps for you if you make mistakes.”


When asked what he wants the world to know about him he says, “Tell them I am very tough, I like it when people fear me.” We wait to see how the army and police will deal with Kasirye Gwanga’s expression of outrage.