Home Politics Kagame: This man is not the best person that has ever lived... 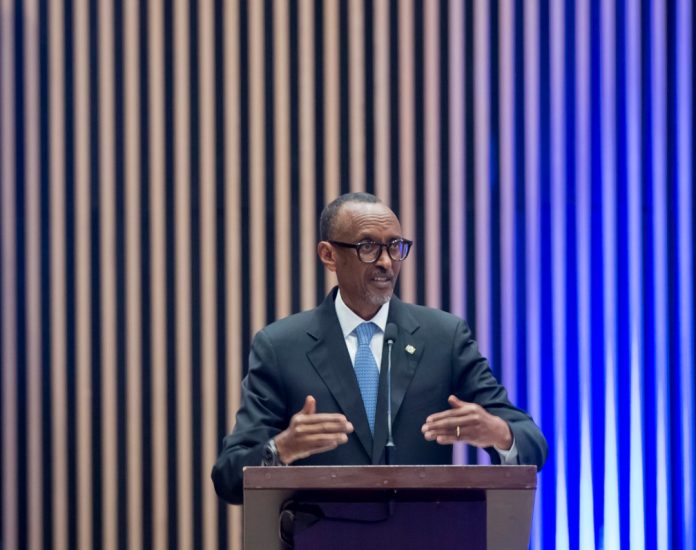 I am sure you are aware of the challenge we had in our country with our neighbour, let me say neighbours, but particularly the neighbour to our north, which is Uganda. But I think we are making progress as well, and we want to continue to make good progress.

But there is always going to be work to do.
You know, people talk a lot about integration. Integration has something that relates to borders. So currently we have some difficulties along our border. But looking at it, you would assume it is just the border. No, there is what causes the difficulties at the border.


And I think those ones need to be paid more attention to.
How did we come to the point where we had difficulties at the border? It’s because of something else. We have to address something else, and by that we will be addressing the difficulties at the border.
Even without borders — let’s suppose borders were removed in the East African Community. For Rwanda, we have Tanzania to the east, Burundi to the south, DRC to the west, Uganda to the north. Let’s assume we removed the borders. By the way, even without borders, you still have neighbours.


Where I live, an hour away by road, I have a neighbour. If you remove the border, the one on this side of the borders becomes a neighbour.
Depending on how I treat my neighbour, or how the neighbour treats me, we can have freedom of movement, or a relationship, and so forth.
But if my neighbour tells me, if I find you in my home compound, I will do something to you. What that results into is you are now creating a border, a line between your home and mine. Just by the statement. You have already created a border between these families.


This is what has happened between Rwanda and Uganda in the recent days.
We have had hundreds of Rwandans arrested in Uganda. And we have raised this matter with Ugandan authorities. We have families of hundreds of families coming and appealing to us asking why don’t you ask Uganda to release our people. And that matter has been raised with Uganda repeatedly, several times, by different layers of our administration. I myself travelled there.


The families of these people in prison are asking me what I am doing to have their people released and brought back home. These are people who travelled there for business, students studying there, all kinds of things. But nothing happened.
In fact, what resulted into the so-called closure of the border —I will tell you the facts and you will make your own conclusion.
Because of that, we had to tell Rwandans that the only thing I can do now is tell you not to go to Uganda, those who have not been arrested yet. Just stop going there because if you go there, I have no control. The only thing I can do is advise you not to go there.


But we did not stop Ugandans from coming here. They have been coming.
Rwanda-Uganda talks in Angola
Recently something I would call progress happened. We went to Angola, with the President of Angola and the President of DRC, the four Heads of State. We said what we wanted to say, and agreed later on that we would do something about it.
Recently the progress is that some of the people who have been held in prison for months or years were released, nine of them. But unfortunately some of them have been dying as they arrive back home. If you do a post-mortem you find they have been tortured very badly. Of the nine just released, a number are in hospitals; they are being looked after. There are clear marks of torture.


We get information that some of those who remain there have died.
As that is happening, and I am calling it good progress — forget about the other stories of how they have been mistreated — the other side says, you see we have shown a good gesture. Now you must also do something.
We say, what? Something that tells Rwandans to start traveling to Uganda. And I asked one of the officials who came to see me and told me that: I can easily say that, make a statement that you released nine people, everything is okay, you can start going to Uganda. I told this official, suppose I start doing that, and the next day and another day more Rwandans are arrested and those still in custody are not released. Are you suggesting I would go tell these Rwandans, you know what, I was deceived? Again stop going there.


So I told them, look, simply do us a favour. Just stop this thing with Rwandans because most of those arrested have no case, and if they have a case it hasn’t been put to courts for months and years.
Conditions to re-open the border
What kind of situation is this? Now, if you stop that first, and second, if you really stop associating with these groups you have been giving support to in order to destabilise our country, automatically the borders would be open.
It’s automatic. I said, the matter is simple. Not a question of saying I do that, you do that. No, for us it’s one thing.


Soon we will be going back to Angola again to review progress where it has been made, and reasons for lack of it in other cases, but the situation is this.
The East African integration
In the midst of all this, there is so much talk about integration. Yes, we can have as many lectures for as long as you want about integration, but integration of regions and communities does not happen just because you are making a slogan about it.
No, it happens because you are doing the right thing which actually needs to be done in order for that to be realized.


You can say people are closing borders, because borders are there. In other words, they shouldn’t be there. I completely agree with that statement. We shouldn’t have even had borders. But for how many decades have we had them? To remove them you must encourage good-neighbourly relations. Treat your neighbour as you want to be treated. Not just hunt people from the neighbouring country so badly, and then go back and say these border issues are rubbish and nonsense.
No, what is nonsense is what you do to your neighbour that actually creates that barrier.
It doesn’t matter whether somebody else comes from another neighbouring country to praise you that you are the best person who has ever lived. I have no problem with anybody being the best person that has ever lived. But we must see it.


Somebody has to explain to me that it is because of these reasons that I am saying it. If you did, maybe you are right to praise this person, but you can’t praise that person on my behalf because I don’t agree with you.
I don’t agree that this person is the best person that has ever lived in this region because I have suffered because of him.
Rwanda more than ready
When I talked of learning from experience, we have learnt from experience. We know how bad it is to burn people’s houses or to hurt people. You know how much it costs.


So for us we don’t play those games of setting fire to other people’s homes. But we invest ourselves and everything we have in trying to make sure that our homes and houses are well-protected, that they don’t catch fire easily. And make sure that whoever wants to set fire to our houses will do it at a very huge cost to himself. This has been weighing on me and I needed to let it go.


But there is much more to be done and we should be prepared to do our part, and I think the Luanda process will continue to be an important framework to address these issues.
Otherwise Rwanda appreciates the productive relations with our neighbouring country to the west. There is now good collaboration on cross-border trade and joint infrastructure, as well as on public health emergencies between Rwanda and DRC.


Rwanda will always stand ready to play our part.
Editor’s note: A slightly edited speech by President Kagame at the Luncheon for Diplomatic Corps | Kigali, 29 January 2020 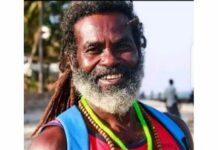 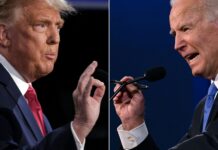