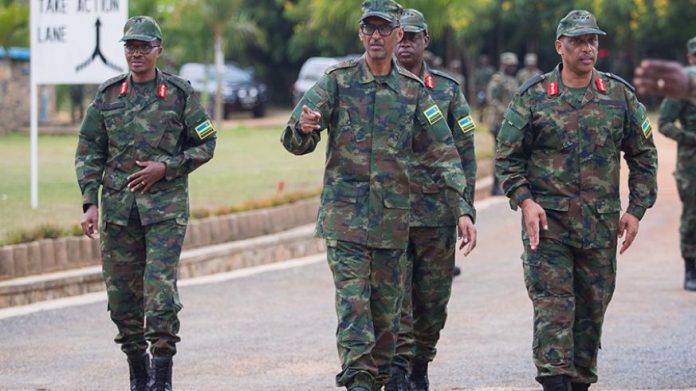 Rwanda president Paul Kagame while in Bruessels , Belgium for the European Development Days, Kagame gave an interview to a German newspaper, Taz, and spoke a great deal about relations with Uganda.


On closure of the common border with Uganda, Kagame blamed President Yoweri Museveni. Kagame said that the Uganda government has imprisoned ”hundreds” of Rwandans.
Kagame also ruled out the possibility of an armed conflict with Uganda.
“People fear fighting between us. I don’t see it coming because I think Uganda understands the cost of it. We don’t want to go down that road because everyone will lose something.” He said.

Asked to explain what he meant by saying, “if you mess up, we will mess up big time” at an event in April 2019, Kagame responded: “Yes, if you cross the border. You can do whatever you want on your territory, like arresting people. But if they crossed our border and wanted to do things in our territory – that’s what I meant.”


Kagame also accused Uganda of “getting involved in supporting groups against Rwandas because they think we don’t stand for the interests of Uganda. They just don’t appreciate that Rwanda has a different government and would wish Rwanda to pay allegiance to them, something like that