Home Politics Kagame says ready to work with the new Burundi president ‘’ to... 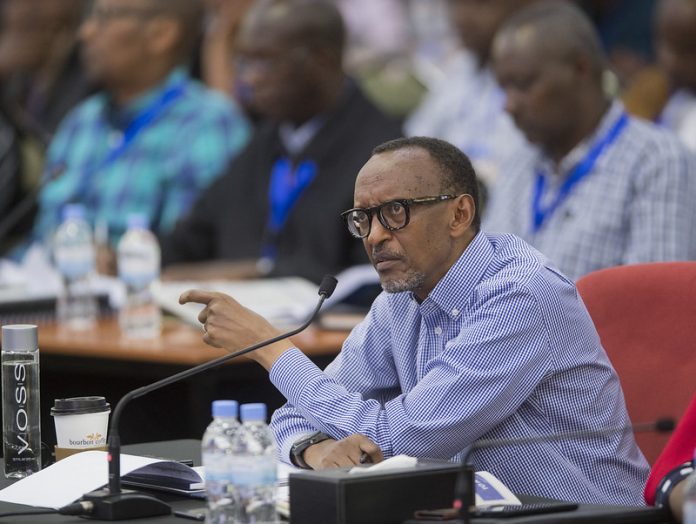 To users of social media in Rwanda who did not fail to ask their guest of the day, on Friday, what he expects from the new Burundian regime, President Paul Kagame replied that he wishes to renew good relations with its neighbor to the south.

“We have to turn the page on history. This has not been good for our two countries. That is the role of political leaders in fact, which is beneficial to the people of our two countries who must move freely without hindrance, “he said.

“There is history that led to the bad relations between our two sister countries but we are ready to work with President Évariste Ndayishimiye of Burundi to address those issues,” he stated.

“If President Ndayishimiye and his collaborators choose this good path, they will find us in the middle of the boulevard to leave together and consolidate our diplomatic relations and we reassure them that on our side, we will not constitute any obstacle. Our brotherly countries must renew trade and re-normalize friendships, which is also ideal, “said the Rwandan president.

During his early oath on June 18 following the death of his predecessor Pierre Nkurunziza, the new Burundian president said he wanted to normalize relations between his country and its neighbors as well as the international community.


“If we do not take care of our relations with our neighbors and friends of Burundi, our international policy will not produce any results. Relations between Burundi and the EAC and other countries in the international community must be in good shape, “said Évariste Ndayishimiye in his first message to the nation.

When former Burundi president referred to Kagame as an enemy not a partner
Burundi and Rwanda are often considered as twins because of the number of resemblances in their societies: the presence of Hutu, Tutsi and Twa, the same language, beliefs systems, and traditions.

However, the two brotherly countries on several occasions almost went to war
Following several terrorist-like attacks with grenades thrown in the marketplace, the government of Burundi decided to raise the alarm regarding the involvement of Rwanda in fuelling violence and insecurity.


Burundi for some time accused Kagame government for meddling into Burundi’s internal affairs.
December 2018, On its side, Kagame government reciprocated accusations against Burundi saying that Burundian authorities have given support to a Rwandan rebel group operating along the border in the Nyungwe forest.

Early 2019, there was an armed attack in Nyaruguru district, in the Southern province of Rwanda. Burundi was accused of supporting the armed group, which attacked the area, leaving two dead. A Rwandan armed group called FLN claimed to have carried out the attack.
In his letter to President Museveni, the Burundian president refered to Rwanda as the main destabiliser and enemy of his country.

He based his argument on the various unfriendly acts of Rwanda towards the government of Burundi as observed since 2015.


In the letter, Nkurunziza accuses Rwanda of being involved in the planning and execution of the failed coup as well as sponsoring armed attacks on Burundi territory.

In November 2015 Rwandan president Paul Kagame expressed critical concerns about Nkurunziza’s decision to stay in power. Kagame accused Nkurunziza of setting the ground for a possible genocide by creating political tension within the Burundian society.

Nkurunziza’s letter insisted on the imperative to organise an extra-ordinary summit to discuss the Burundi-Rwanda conflict.