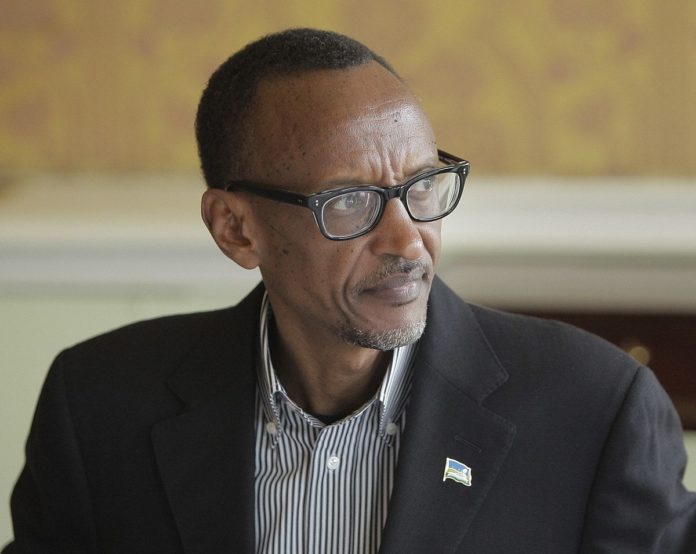 Rwanda took over the chairmanship of the African Union on January 1, with the tough task of steering the continental body away from heavy dependence on aid.
President Paul Kagame was elected chair last July to succeed Alpha Condé of Guinea.


Observers say key challenges that Kagame has to handle include peace and security on the continent, political instability and faltering regional integration within different blocs.
While addressing the 2nd Africa Business Forum in Sham el Sheikh last month, President Kagame said
“Our continent has to catch up fast and compete globally. We can’t afford to waste opportunities because of unnecessary red tape and the associated delays. We should make it easier to do business with each other in Africa and integrate our markets to make them more attractive for investment,” he said.

However, regional blocs on the continent are currently going through integration challenges.
“There are issues within the EAC. Countries are not at par. There are issues between Uganda and Rwanda, Burundi and Rwanda, Tanzania and Kenya. The same can be said of SADC, which right now is not united due to political challenges,” a scholar at the University of Rwanda said.
The challenges to handle
In the Democratic Republic of the Congo (DRC), where unrest, humanitarian need and economic decline are likely to intensify through 2018, Joseph Kabila, now in his 16th year of power, may be forced to hold elections and even to stand down.


“He may be gone by the end of the year or about to go. He’s a rich man but not a strong man. He’s in place partly because the Kinshasa elite can’t work out who they want to be his successor,” said Alex Vines of the London thinktank Chatham House
One early upset could be the premature end of Jacob Zuma’s second term as president of South Africa. Theoretically in office until 2019, the election of Cyril Ramaphosa at the end of 2017 as leader of the ruling African National Congress, after a contentious party conference vote, may force him to step down.


On the security front, tens and possibly hundreds of millions of people remain at risk of famine and related diseases such as cholera, while huge numbers are likely to be displaced. The DRC is now one of the biggest humanitarian crises in the world.
Rather than bringing stability, the prospect of elections in Libya and South Sudan are expected to exacerbate tensions and fuel violence, according to a recent report by Acaps, a non-profit venture that supports humanitarian aid workers with daily monitoring and analysis of 150 countries.


“If 2017 did not look good, predictions for 2018 are no better: violence and insecurity are likely to deteriorate in …Democratic Republic of Congo, Libya, Ethiopia, Mali, Somalia,” the Acaps director, Lars Peter Nissen wrote.
But even in countries facing massive humanitarian crises there are places – often towns – that are doing better. The north-east of Nigeria has been devastated by the ongoing insurgency of Boko Haram, the Islamist militant movement. Yet Lagos is booming.
A key emerging trend that is likely to be reinforced in 2018 is Africa’s growing status as a frontline in the fight against Islamist extremism.


Few are optimistic that such efforts will dramatically improve the situation.
Jihadist groups exploit opportunities provided by weak governance, said Stephanie Wolters, head of the peace and security research programme at the Institute for Security Studies in Pretoria.
“Insurgency, migration, trafficking, banditry all stem from the absence of a strong state that is delivering services to its people,” Wolters said.
Political and ethnic as well as religious violence across the continent have been rising since historic lows several years ago.


Not all is linked to extremist religious ideologies. Conflict between pastoralists and sedentary communities is likely to continue to intensify, exacerbated by climate change. East Africa is likely to suffer from extreme weather events, notably drought. The flow of migrants within Africa, or towards Europe, is unlikely to slow.
There will be divergence, too, on the economic front. Growth in sub-Saharan Africa overall is forecast to rise to 3.4% in 2018 but with wide variations.


Political uncertainty has held growth back in the biggest economies on the continent. Ghana is tipped by the World Bank as the fastest growing economy in Africa next year, followed by Ethiopia and Tanzania.
A final divergence may be in relations with external powers. Washington’s interest in Africa is minimal, with scores of top official policy-making and ambassadorial posts still unfilled.


China, though its attitudes and interventions are frequently misrepresented, retains a strong focus on the continent. France is likely to try to expand outside its traditional sphere of influence – as signalled by President Emmanuel Macron in November.
The UK will look to historic ties in places like Zimbabwe or Nigeria to project influence post-Brexit, though it may find imperial nostalgia or the advantages of the anglosphere have less attraction in Bulawayo or Abuja than in Tunbridge Wells.