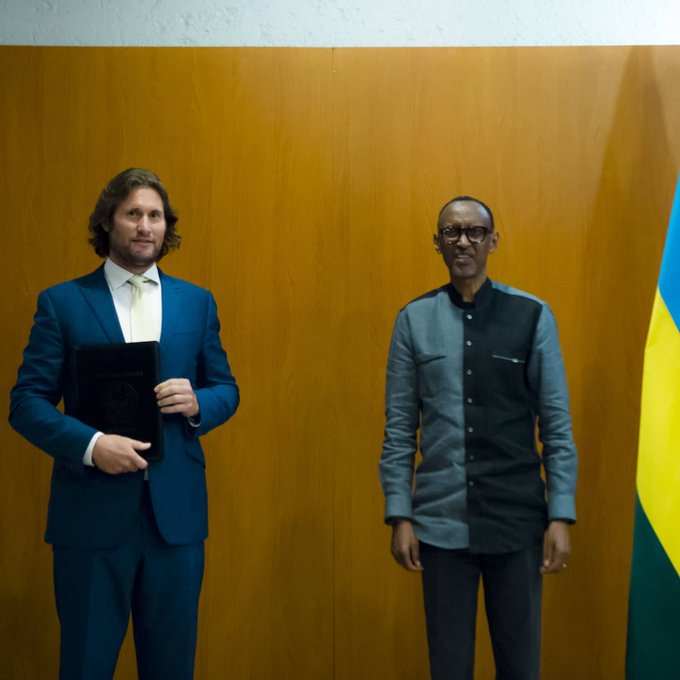 President Paul Kagame became the sixth African Head of State to join the Giants Club when he signed the forum’s Declaration, further strengthening Rwanda’s commitment to protecting wildlife habitat while unlocking greater value from nature-based businesses.
The Giants Club is an initiative of the international conservation organisation Space for Giants that connects leaders of African states with significant large mammal populations to financiers, conservationists, scientists, and well-known supporters.


President Kagame joined the Club in a signing ceremony held in Kigali on Saturday in the presence of Dr Max Graham, founder and CEO of Space for Giants, and Lord Lebedev, patron of Space for Giants and of the Giants Club.
President Kagame pledged to: Promote domestic and international investment in responsible conservation and tourism enterprises to create new revenue from wildlife for the benefit of Rwanda’s citizens.
As well as Promote private-public sector partnerships to achieve effective management of natural ecosystems and direct investments in protected area landscapes. And Work to combat the illegal wildlife trade in Rwanda and its neighbours.

He joins President Mokgweetsi Masisi of Botswana, President Ali Bongo Ondimba of Gabon, President Uhuru Kenyatta of Kenya, and President Yoweri Museveni of Uganda, who are all joint leaders of the Giants Club. Botswana’s Former President Ian Khama acts as President Emeritus.
Rwanda’s growing populations of endangered mountain gorillas have made the country world-famous, both for protecting the species but also for using the proceeds of gorilla tourism for wider national social benefit.


Dr Max Graham said: “Rwanda under President Kagame’s leadership has become a beacon for how a country can build conservation into a national economic sector to benefit all. That resonates very strongly with the Giants Club, which promotes best practice in getting things done in conservation that deliver those wide rewards from protecting natural landscapes and their species. We are incredibly proud and excited that President Kagame has joined the Giants Club.”


Rwanda is now increasing its focus on restoring a network of national parks, including Akagera, which hosts the ‘Big Five’: elephants, lions, leopards, buffalo, and rhino. Again the focus is on using proceeds from both local and international tourism to fund national development.