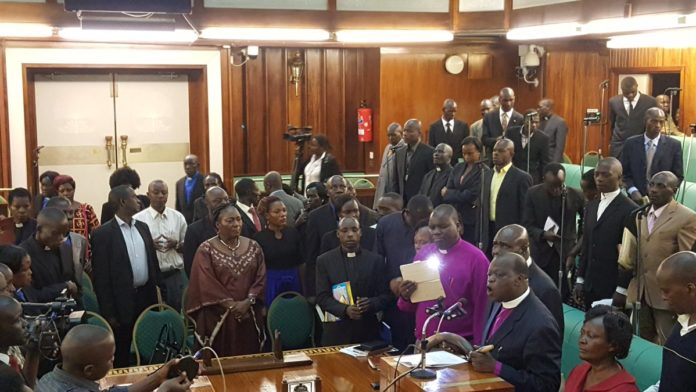 
Ofwono Opondo, the executive Director Uganda Media Centre tweeted after the prayers at parliament: ‘ ‘ Cleansing the demons that attacked MPs at parliament?’’
Twenty-Four Opposition Members of Parliament were on September 27, 2017, suspended and later manhandled, forced out of the house. Chaos broke out as they accused Minister Ronald Kibuule of smuggling a gun into parliament.
“We speak peace in this chamber and rotational of leaders we pray for a sober spirit as members debate the Bill and silence all other spirits in this place. We pray that whatever they do, will done with fear, peace, love, unity and respect for one another.” Said Pastor Pastor Tony Okot from Northern Uganda.

Last year, Ms Rebecca Kadaga, denied accusations that she practices syncretism and devil worshipping. The statement was precipitated by reactions to a video that showed her visiting the cultural site on Nhyenda Hill in Nakigo Sub-county in Iganga District.
After the visit, Kadaga said on camera that she had gone there to inform her ancestors of her triumph in retaining the post of Speaker of Parliament.

“I do not think that those who practice witchcraft or indulge in acts of devil worshipping would do so in broad daylight and under the full glare of television and still cameras. I also don’t think they would go to do so in the company of such big numbers of people as I was on the said day,” she added.
She added: Much as I am a Christian, I do have a culture in the same way that the English, Spaniards, Scots, the French, the Luo, the Baganda, the Bagwere or those from Ankole who practice Anglicanism or Catholicism do. 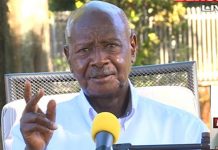