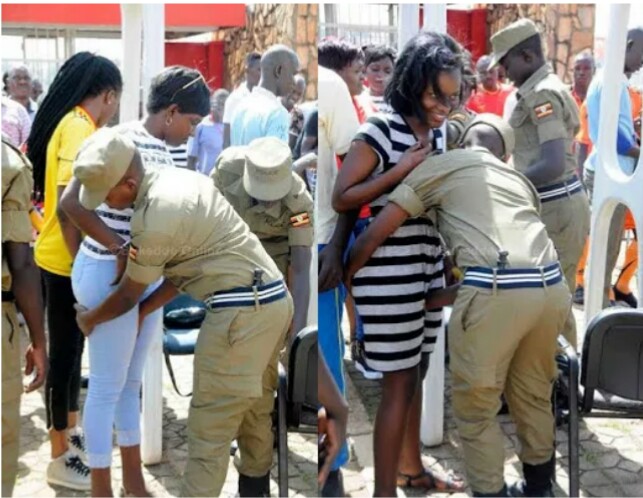 Uganda Police force have reiterated commitment towards securing all Ugandans and in particular, at a time like this when Ugandans will be convening at various venues to watch their teams compete, and the merry making that will follow 2019 AFCON Finals


Police says ‘‘Vigilance and alertness are very key not only for the success of this tournament but also for personal security as we go about our lawful day to day activities’’
The Police remain mindful of the July 2010 experience when terrorists attacked football fans who were watching world cup finals in Kampala.

The force, working closely with other security agencies, have already put in place mechanisms to ensure safety of all people in Uganda as well as their properties. Some of these measures include;
Joint foot and motorized patrols in the city centers, suburbs, towns and villages.
Alert teams to ensure that premise owners comply with access control measures and other related security guidelines, with a view of ensuring that owners of premises such as hotels and bars comply with this directive.


Cooperation between the territorial police and event organizers so as to ease the flow of information relating to incidents that may be deemed as security concerns.
Traffic Police will continue to carry out operations aimed at ensuring safety of all road users, as well as to check traffic offences such as driving recklessly, driving under the influence of alcohol and others.
Deployment of personnel in areas that attract big numbers people for purposes of intelligence gathering and covert security.


Community Liaison and Public Relations Officers to continue sensitizing the public on safety and precautions the public should adopt such as neighborhood watch.


The police has called on the public to be mindful of their surroundings, to keenly look out for suspicious people and items and report timely to the nearest police stations. These items could be bags, loose wires, belts, phones, computers, electrical appliances and other items.