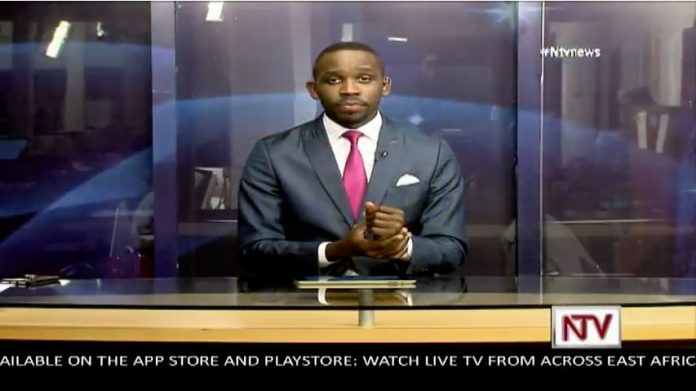 
The news anchor also received a farewell cake from the NTV News team.
‘‘Farewell to Joel Ssenyonyi. You’ve been so supportive during your time at NTV. We’ll miss having a wonderful colleague like you. Good luck in your future endeavours’’ message from NTV reads in part.


‘‘Today was my last day as an anchor at NTV. My 13yr media journey right from UBC in 2006 has been worthwhile. I’ve grown, made friends and enemies too in the course of my work.’’ Ssenyonyi posted on social media.
He added: I’m grateful to my colleagues at NTV, they’ve been my other family. Thank you all for supporting this journey
Joel’s TV journey started in 2006 at UBC.

Let us hope it was not a UCC directive; because if it was, NTV has lost one of the best male news anchors in the country, very hard to comeby.

This Museveni regime has spoilt people's mindsets in away that people think one doesnot have to give chance to someone else to have a chance to practice their career,it's so sad but @cryruslumu there's a time for someone to retire appropriately sir.

Born to be a news anchor Joel Ssenyonyi you are. It has been an unforgettable experience watching you read the news. With all the wide range of vocabulary you had, it was also a learning moment for many of us. I cannot forget the word: Flammoxed. It is sad you are leaving…