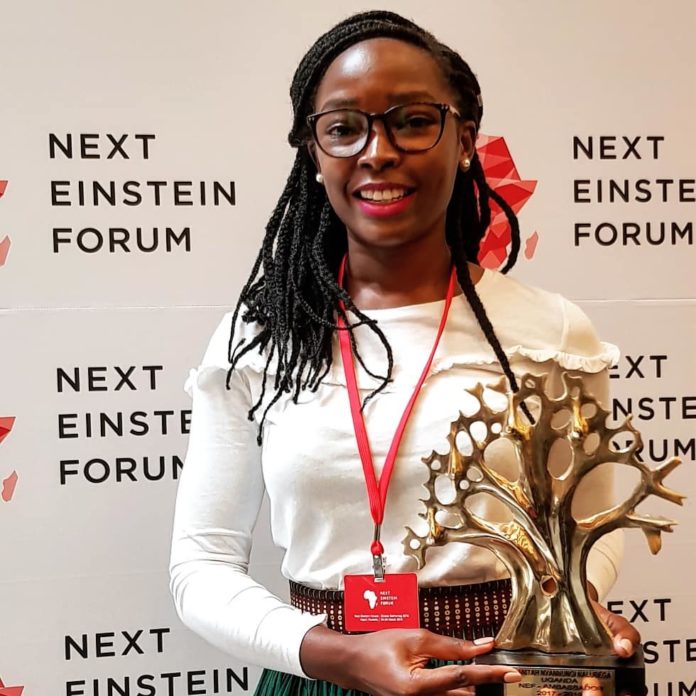 Joanne Nvanungi Nalubega recently graduated from the inaugural 2017 (YELP) Young and Emerging Leaders Projects class .She is an Industrial Chemist with a deep passion for technology. Joanne has previously worked as a website developer and content manager at Node Six


Joanne holds a Post Graduate Certificate in Applied ICT and Leadership from International Health Sciences University and is currently working as an associate on the same program to create a shift in mindsets, skill and tool sets of innovators and entrepreneurs using ICT for development.

She is also a founding partner of a fellowship of creatives called Kafunda Kreative which seeks to build the capacity of young creatives using emerging technologies, to create collaborative spaces, opportunities and skilling to push boundaries in their different trades.
Joanne was recently appointed as NEF ambassador to Uganda at the second Next Einstein Forum that was held on 26th to 28th March, at the Kigali Convention Centre under the patronage of H.E. Paul Kagame, President of the Republic of Rwanda.


NEF was launched in 2013 and is an initiative of the African Institute for Mathematical Sciences (AIMS) in partnership with Robert Bosch Stiftung. The forum is a platform that connects science, society and policy in Africa and the rest of the world. The NEF believes that Africa’s contributions to the global scientific community are critical for global progress. At the centre of NEF efforts are Africa’s young people, the driving force for Africa’s scientific renaissance.


Nvanungi’s NEF appointment comes after her one year of leadership training with LeO Africa Institute under the Young and Emerging Leaders Project (YELP) in 2017.
Source: Leo Africa