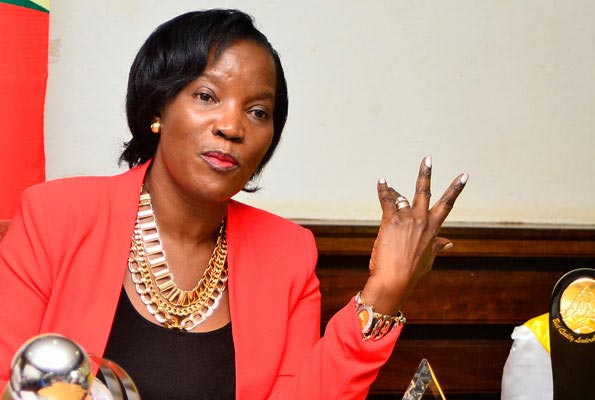 “It is not something I would have wanted to do if I had the choice. But because I love my country and wanted to make a difference, I decided to make the sacrifice. Had I known what this job involves at the time the president asked me to take it up, I would have declined and preferred to be self-employed,” she said.


Musisi was responding to Sheila Mwine, the Kiruhura Woman MP, who questioned Musisi on accepting the reward and also wondered whether her appointment as KCCA executive director was not reward enough.

While appearing on local radio on Friday morning, Tamale Mirundi, the presidential advisor on the media revealed that Jennifer Musisi is just bitter because President Museveni did not appoint her minister. Instead the president appointed Beti Kamya who has done nothing-Mirundi said.


‘‘Every soldier who joins the army wants to be a General’’ Mirundi said.


He added: Jennifer Musisi worked hard so that president Museveni would reward her and appoint her minister, unfortunately he did not. That’s why Musisi is bitter.


‘‘I sometimes fear for my life. This is clearly a thankless job. You put your best energy for the common good but no one believes you. Everyone thinks you are the worst criminal they have ever encountered’’ Musisi told a Red Reporter in a interview two years ago.


In 2011 when Jennifer was appointed the first Executive Director of the Kampala Capital City Authority, KCC by then was what was in place and the city was in a deplorable state, all functions punctuated by lots of inefficiency and sub standard work. Jeniffer has been at the helm of the transformation of the City Administration from a Local Government to a Corporate Entity under the Central Government.

“I put Musisi to organize the city but I think the methods she used were not good methods and they antagonized my voters”. When did it come to this?