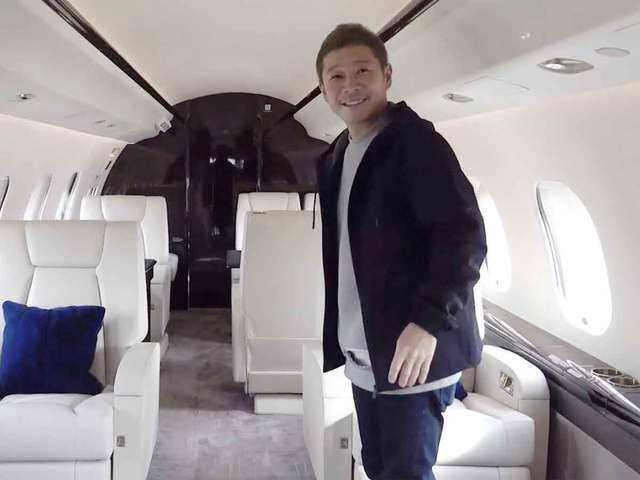 Japanese billionaire Yusaku Maezawa — the first prospective rider on SpaceX’s future deep-space rocket — has launched a bizarre campaign to find a “female partner” to fly around the Moon with him.


Planned for 2023, the mission will be the first lunar journey by humans since 1972, Maezawa’s website promoting the campaign makes it clear that he isn’t just looking for a friend, but a significant other to accompany him on the trip to space.
“He wants to visit such a special place together with a special someone.” The website promotes the contest as a serious matchmaking event that will be documented in a reality show called “Full Moon Lovers,” set to air on the Japanese streaming service AbemaTV.

The entrepreneur, recently split up from actress girlfriend Ayame Goriki, 27 says ‘’ “I want to find a ‘life partner’,”. “With that future partner of mine, I want to shout our love and world peace from outer space.”
Maezawa and his new partner would presumably be traveling to the moon SpaceX’s next-generation Starship rocket — a massive spacecraft that’s meant to take people to deep-space destinations like the Moon and eventually Mars.


In September of 2018, SpaceX revealed that Maezawa had put down a sizable deposit to become the first private customer to ride on Starship once it was complete and ready for crew.
SpaceX didn’t say how much he paid, but CEO Elon Musk noted that it was enough to help partially pay for the development of the vehicle.
The 44 year old billionaire, is the founder of Japan’s largest online retailer Zozotown and is reportedly worth $2 billion, according to the most recent estimate from Forbes.


The billionaire notes on his website that after two decades of running a company, he now wants to share his life with someone. “As feelings of loneliness and emptiness slowly begin to surge upon me, there’s one thing that I think about: Continuing to love one woman,” Founder of Japanese online clothing retailer Zozo Inc, writes.


Applications for the event are due by January 17th, with selections set to be made at the end of January. Those selected will go on matchmaking dates and “special dates getting to know Yusaku Maezawa” in February and March.
A “final decision on partner” will then be made by end of March, according to the website.

the conditions say applicants must be single, over the age of 20, always positive and have an interest in going to space