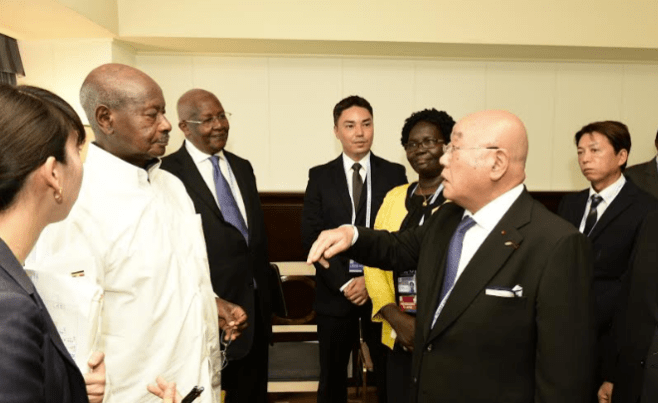 Japan’s prime minister on Thursday warned African leaders against accumulating too much debt, in an apparent reference to Chinese infrastructure projects that some blame for damaging the finances of developing nations.


Addressing leaders from several African nations at a development conference in Yokohama, Shinzo Abe stressed that Tokyo was promoting “quality” infrastructure exports and investments, supported by Japan’s government-backed institutions.
“What should the government do to encourage (entrepreneurs) to exercise their skills?” Abe asked the Tokyo International Conference on African Development (TICAD)- AFP reported

“If partner countries are deeply in debt, it interferes with everyone’s efforts to enter the market,” he said, introducing financing and insurance schemes by Japan’s government-baked institutions aimed at reducing risks to businesses and public coffers.
China, with its ambitious Belt and Road Initiative, now enjoys a massive presence in the continent, having announced $60 billion in development funding for Africa last year.


The Chinese efforts, however, have faced criticism for favouring Chinese companies and workers over local economies, saddling nations with debts and ignoring rights and environmental issues.
Japan stresses that its loans and projects come with fewer strings attached and with sound financial advice and support.
Last week, Secretary to the Treasury Keith Muhakanizi warned government to slow down on further borrowing
Uganda’s national debt has hit Ugx. 42 trillion, just 8 per cent away from hitting the International Monetary Fund’s redline where the country’s indebtedness will be declared unmanageable