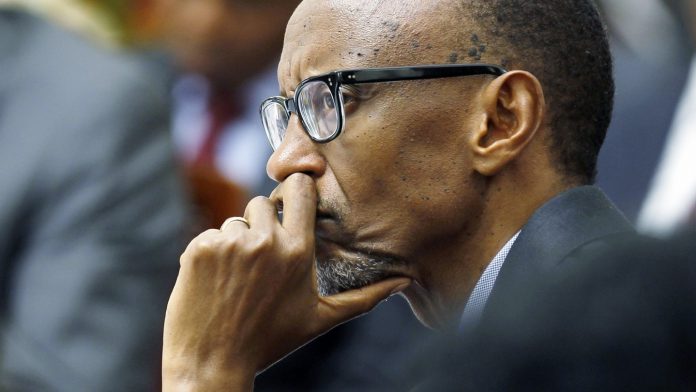 The Supreme Court in Rwanda has rejected a challenge to a law which says it is a crime to insult the president.
The law, which was introduced last year, means that anyone insulting President Paul Kagame faces between five and seven years in prison.


Lawyer Richard Mugisha had argued that the law was unconstitutional as it undermined freedom of expression. The court ruled that the law should remain, due to the responsibility that the office holds.- the BBC reported.
The same court ruled that a law which prohibits writing articles or drawing cartoons that humiliate MPs, ministers or other government officials should be annulled.
Mr Mugisha had also argued that articles which criminalised adultery should be scrapped. The court rejected that appeal.


Ghanaian analyst Nii Akuetteh, a former executive director of Washington-based think-tank Africa Action, once dubbed Mr Kagame as “one of America’s friendly tyrants”, pointing out that he had trained at its military academies and had even addressed cadets at the prestigious West Point military academy when his son was there.
Last year, Rwanda introduced a new media law that will see journalists who “insult” the president facing seven-year jail terms.
The new media law Rwanda that could see journalists facing up to seven years in prison for insulting the president or paying a maximum fine of Rwf7 million ($8 353). The development now comes as a new penal code, a devastation to journalists who had hoped for more press freedom since there was another ongoing review of a penal code. The Bill increases the penalties for criminal defamation, also introduces a new offence, “insults or defamation against the President of the Republic,” which separately attracts five to seven years in prison and fines ranging between Rwf5 million ($ 5800) and Rwf7 million ($8200).

The penalty for criminal defamation has been doubled to two to three years imprisonment, from six months to one year under the current law. This is a heavier punishment than that for arson which attracts only two years in jail. The minimum fines for defamation have also been tripled from Rwf1 million ($1,193) to Rwf3 million ($3,579), while the maximum fines were retained at Rwf5 million ($5,966). It however halves the punishment for defamation of religious ceremonies with imprisonment of three months from six months previously.