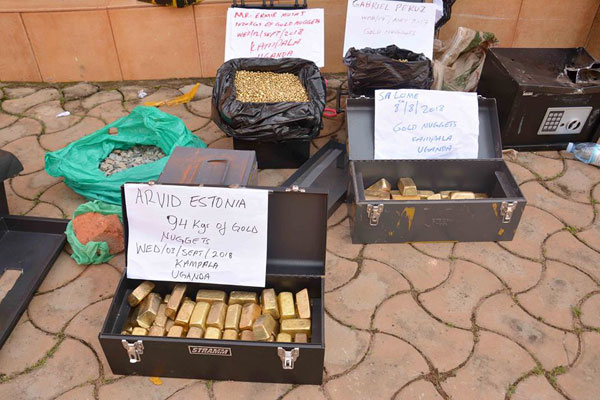 The Uganda police on the 8th August 2019, received distress call from Mirella Corona, a 91 year old, female adult, that her son Franco Mirella, who flew to Uganda from Hong Kong on 2nd August 2019 had been kidnapped and tortured by suspected gold dealers.


The Uganda Police Anti Kidnap response teams took over the matter
However, findings reveal the Italian was victim of gold scam.
‘ ‘Franco Corona, first came to Uganda on the in march, to purposely transact in gold. He met with some Congolese dealers in Muyenga, who cheated and sold him fake gold nuggets. Upon realizing that he had been duped, he returned to Hong Kong’’ Police said in a statement

Upon realizing that he was tricked, he went back to Hong Kong and after four months, Franco Corona returned to Uganda on the 2nd August 2019, booked accommodation at Ivory Castle Hotel, Muyenga till 4th August 2019, when he disappeared from the Hotel.
Police says on the 5th August, Corona went to First Jewelry shop, at Sheraton Hotel, with his samples which were evaluated and established as fake gold. ‘ ‘The victim deposited his Italian passport number YB3010126, as security and retrieved it on the 7/08/2019 upon clearing the testing fees of USD 400.’’
The Italian national thereafter, left for Entebbe International Airport, where he was arrested for being in possession of undeclared gold.


It was confiscated and exhibited, after it was established as fake gold, and the suspect released on bond, he was asked to report back on the 12th August 2019.
That is when a distress call came in from his 91 year old mother.
The task teams however traced him at Grand Imperial Hotel and handed him over to CID Headquarters for further management.
According to Police spokesperson, Fred Enanga, the victim admitted that he had fabricated his story, and was never at risk.


‘ ‘He is now fully cooperating with the task team, who are also investigating the suspects behind fake gold scams.’’ Enanga said.
According to police mouthpiece, fake gold dealers, use gold plated metal bars, nuggets or powder to dupe their victims, majorly foreigners.
‘‘They show their prospective buyers samples of genuine gold which are positively evaluated before entering into a sale agreement. Buyers easily fall into a trap of making huge profits.’’ He said 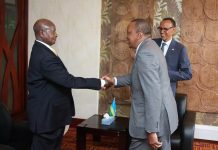