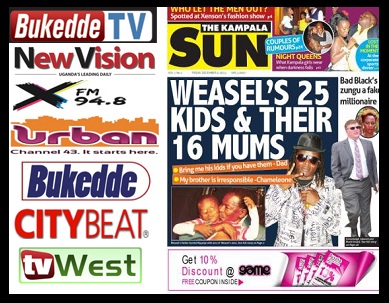 Uganda’s Print industry continues to experience a tough time. Readership, advert revenues have been threatened and are steadily declining.

Print Media owners are now changing their focus from growing copy sales to at least maintain what they are selling today. Otherwise, things are not good. Not even Bukedde, the paper that was once described as Africa’s fastest growing Newspaper, is any better.

The latest market reports, including Ipos, Audit Bureau of Circulation (ABC), and market intelligence surveys, all point to one thing; Uganda’s Print industry is in a freefall.

Also read: Why Airtel Sacked Tom Gutjahr after one year in office

A critical analysis of these records also reveals all is not well with the Vision Group publications; The New Vision, Bukedde and Kampala Sun Newspaper. The publications are experiencing a steady drop in sales and revenues. Something, that must be worrying the management.

This development puts Bukedde Newspaper among the worst performing publications on the continent. The others are Zambia’s Daily Mail and The Times.

Kampala Sun, another publication of The New Vision Group is also struggling and on the verge of collapse. The paper is now playing in the same field with likes of the Observer Newspaper.

The paper’s total circulation has dropped from high 12,000 copies a year ago to low 6,000 copies currently.

Over the same period, The Daily Monitor gained some copies thanks to the reorganization in the editorial department, up to date market research and changes in the marketing departments. However, more is needed.

Other players The Observer and Andrew Mwenda’s The Independent Magazine can best be described as struggling.

Taken together, the industry is under threat. The owners have tried a number of things to counter Social media the leading cause of the falling sales, without much success.

Media owners have for example, shortened the stories, adding more commentary, and most notably, using social media to their advantage. These developments are yet to produce the much desired results.

Analysts say, media owners need to stop blaming Social media. Otherwise, some Newspapers like Taifa Leo, Isolezwe, Daily Nation, The Star, The Nambian, Pretoria News among others have been able to increase their circulation in face of Social Media.

This means there is something, Ugandan Media owners are not doing right. Analysts say, perhaps there is something, Media is Uganda is not doing. For example, recently, The New Vision made some changes in the Digital department. It is said the paper was losing revenues simply because a good number of people were able to read the E-paper for free. Since the changes were made, the paper has registered additional subscription to the E-paper.

Today, there are companies that do not advertise with New Vision (advertise with the Daily Monitor or the Red Pepper) and they still get maximum results or at least they are doing well.

The implication is that advertisers have gained confidence in rival News Papers. This has had a negative impact on the company’s revenues.

So if the New Vision copy sales and revenues are falling, what is the future of The Vision Group?

A critical analysis of the Group’s financials reveals that some brands are struggling and heavily depend on the Newspaper-The New Vision for survival. Otherwise, one wonders how such a huge Group can afford to post only Ugx. O5 billion.

According to analysts, with the New Vision itself under pressure (dropping sales and revenues) the future of Group’s lead hangs in a balance.

But that is a tip of the iceberg. The 2016 Ipos report reveals The New Vision Group share of Adxposure has dropped from 69 percent in 2014, to 66 percent in 2015. This has since dropped to 59 percent.

Group aside, The New Vision advert share has also dropped from an average of 40% to 34 percent. Daily Monitor on the other hand controls 23 percent.

The biggest gainer over the years has been The Red Pepper, which now controls an average of 23 percent up from 13 percent in 2011

Vision Group efforts to revive the falling copies have not yielded the anticipated results.

The ongoing School Fees campaign has not been successful. Preliminary findings indicate the promotion attracted between 1500- 2,000 participants. The paper has only been able to add about 750 copies since promotion was launched. Daily Monitor has been able to add the same copies without a promotion.

Considering the financial investment in the promotion and comparison with the past promotions, the School Fees promotion can be described as having performed below average. Sources at New Vision told Newz Post that , if it was possible, the Company would have loved to drop the promotion.

Will the New Vision recover now that election fever is over? It is also true that copies gained are never regained. Or it costs a lot to gain those copies.

The industry under threat

The 2016 elections left Print media owners wondering the next moves. Unlike 2011 elections. Radio reaped big from 2016 general election, Print on the other hand was not heavily deployed like in 2011.

Politicians instead switched most of their propaganda through digital platforms and Radio. According to the 2014 Census report, 2.1 of 36m Ugandans get their information through Print Media. Majority Ugandans, 55.2 percent and 7.2 percent get information via Radio and TV respectively.

According to Ipos report, the share of exposure by media stands as follows: Radio 63 percent, 27 percent 27 percent and print 10 percent. Unfortunately Vision Group and Monitor Publications Radio’s are said to be struggling. Controlling a negligible 1 percent each of the total Radio Advert Budget.

The problem with low subscription is that the publication suffers when the weather is not favorable (rainy season) or when the paper lacks an eye catching lead story. 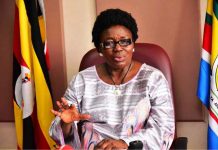