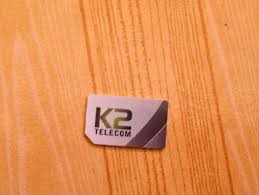 Think about it, if you were given Ugx. 10 billion today, what would you do with it? Become a multi¬millionaire in a matter of time? Well, you could fail as well.
The launch of K2 telecom promised a new era. Being attached to the Buganda Kingdom, with over eight (8) million Baganda, there was no reason for failing to penetrate the market instantly.


To break-even, a telecom in Uganda needs just 1m active users on voice. K2 tel¬ecom’s customer acquisition target was just that. A feat that was easy to attain within just the first year.

The telecom was launched on 31st December 2012 by Kabaka Ronald Muwenda Mutebi at the Kingdom’s annual end of the year event-Enkuka. In attendance were thousands of loyal Buganda Kingdom subjects, friends and well-wishers. It was a perfect moment and a huge endorsement boost to the new telecom by the Kingdom.


Three years later, the network is slowly disappearing. The network’s silence is too loud for folks that follow the telecom industry keenly.
K2 operates as Mobile Virtual Network Operator (MVNO). It depends on other networks to deliver telecom services. This kind of license or business model significantly constrains the operator, as they have to cede a huge chunk of their revenues to the partnering telecom. It is like an insurance company paying over 80% of their collected premiums to a re-insure.
Independent information indicates that K2 telecom is struggling due to cash flow challenges. Market reports show the company has just 200,000 customers, which is below the 1m needed to break-even in this highly competitive market. The company’s woes stem from Airtel’s concerted efforts to create partnerships with the Buganda Kingdom; which has seen the company associate more with the Kingdom than K2. Thanks to more value addition by Airtel compared to K2, the latter has not registered many subscribers as anticipated.

Even then, K2’s 200,000 subscribers are not all active. Over 100,000 – that is a 50% of all subscribers, are said to be dormant – -have not made calls in the last 90 days. This, coupled with higher churn rates, makes the business dif¬ficult. All efforts to recover clients using consistent on the powerful kingdom radio CBS 88.8 have been futile. The challenge has been that most distribu¬tors and retailers are not restocking K2 products, as they are not fast mov¬ing, which means low returns for the distributors.

With slow business for K2 products and services, many of the agents the network had recruited have closed shop, as they do not have sufficient monthly revenues to meet rentals and other run¬ning costs. The few that our reporter talked too, disclosed were in the process of closing shop, unless K2 is able to support them so as to remain open – something that is unlikely to happen considering such a model does not exist in telecom distribution, and K2 is also financially squeezed.

During market research for this arti¬cle, we visited a number of towns within Buganda. Unfortunately, in this region where the network’s focus would be, neither agents nor products were vis¬ible. Findings from field reveal that K2 distribution sales points in Kireka, Luw¬ero, Wobulenzi, Bweyogerere, Mukono, and Mityana have since closed down.

In Masaka, while K2 telecom shop remains open, ‘‘business is too slow’’, according to a shop attendant who preferred to remain anonymous. On the other hand, MTN and Airtel shops next to the K2 outlet where very busy throughout the time of the visit.


Despite having 9,832 Facebook likes, the network’s page was last updated on 2nd February 2015. Enquires from existing and potential customers have been ignored. On December 27th 2014 Jafia Shacool, K2 customer posted on network’s Page: ‘‘Why don’t you have customer care on your page?”. It is nine months later; his complaint still remains unattended to.
How K2 lost it
Largely, a 21st century phenomenon, MVNO’s have taken over the market especially in developed world. In some European countries, MVNO’s con-trol between 10 and 40 percent of the market.


According to analysts, K2 had all it takes to survive and command reason-able market share in Uganda. But lack of clear strategy and understanding of how MVNO’s operates is failing the network. Based on extensive market research and his experience working on a variety of MVNO, experts identify key success factors for MVNO’s which K2 could have missed.
Successful MVNO’s often survive by identifying a niche market, use con-ventional business model to attract this market.


With an estimated nine million Baganda, by employing a clear set of aggressive segment marketing strategy and specific distribution tactics, K2 was destined for better future. If they had focused on tapping into this customer segment, by offering customized solu¬tions, like Kingdom ringtones, and special culture education, it could have done some magic.


The same model could have been rolled to Bunyoro and Tooro, and the results could have been tremendous. Such a niche is so loyal.
Industry expert say, if K2 has clear strategy for the launch, everyone who attended the Enkuka –these are loyal Baganda, would have been given free Sim card or even better subsidized cheaper phones.

In just one day, the network would have had at least 100,000 people on her network. That would have been a great start. This was missed opportunity.
Operational excellence

According to research, 75 to 85 percent of MVNO cost structures involve variable charges like wholesale airtime costs and customer acquisitions expenses. Successful MVNO, need to minimize customer acquisition and retention costs. K2 got this wrong from day one.

To portray corporate image, K2 chose an upscale office on Clement Hill next to MTN and former Warid head offices. This pushed their fixed costs budget up to the roof.

They got to learn of this late and shifted to Katwe, Muganziwanza build¬ing, which is owned by the Buganda Kingdom.

Successful MVNO’s occasionally depend on their existing customers to take on certain aspects of their opera¬tors such as sales, customer service and marketing.

This in effect cuts down on costs. K2 chose to use same methods like other teleco’s. In return, these ‘agents’ or net¬work’s users receive a remuneration in form of commission.

For example, one of the MVNO in the United Kingdom is estimated to have paid UK 3 million pounds to its customers for job well done. Therefore, company needed only 28 full time employees.

According to industry analysts, it’s not too late for K2. They can rebrand and re-launch at this year’s enkuka.