Home Business Is it worth investing in shares in Uganda? here is how companies... 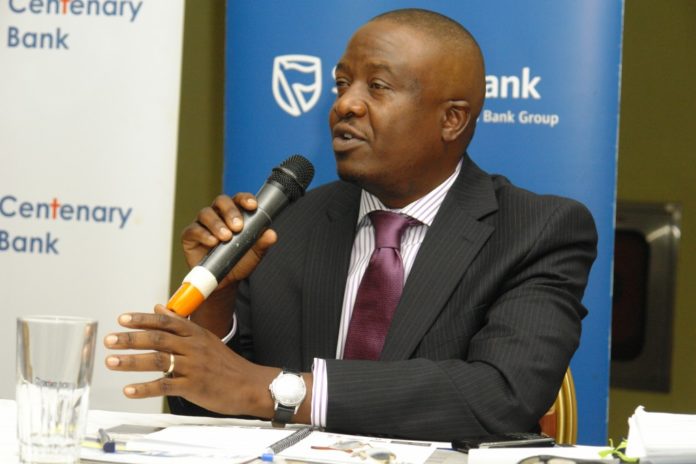 WHAT Prof. Sejjaaka DOES NOT TELL YOU ABOUT MINORITY SHAREHOLDERS

Prof. Samuel Sejjaaka, the outgoing Deputy Chairman of the Stanbic Bank Uganda Limited Board of Directors in his column in the Daily Monitor penned an article: ‘The Unflattering truth about being a Minority shareholder’

An interesting read coming directly from the Stanbic Board, a knee jerk reaction to my Stanbic Bank Pre-Annual General Meeting( AGM) note titled: ‘The Greedy Trinity’ and I hope that we build further on this discussion on the issues professor both raises and discounts.


READ: Is Stanbic Bank Uganda board a welfare board?

What the good professor says about the AGM ritual is what is happening, but in no way makes it neither right nor desirable. For example, in 2016 AGM Stanbic Bank ignored the rule on the AGM notice and in a sinister way, ironically with the blessing of the regulator got away with it; this is the context of the chest thumping.

It is this impunity and arrogance that we push back so we expand the boundaries of corporate governance. Even if the big companies break all the rules, this doesn’t make them right, might is not automatically right and we need to create a future that is fair and just; the laws exist but are bypassed by the powerful, the minority shareholders therefore create the necessary balance of power to effectively run a mammoth company the size of Stanbic bank.

Although shareholders don’t run a company, there are ways for them to influence the board and management. A simple case is when the Stanbic Bank Chairman in 2015 held a 20 minutes AGM, that has improved since then. It is an excellent check on raw capitalism. As active and attentive shareholders, we only seek to benefit from our investments.

The myth of Civility!

From what I have seen and experienced the Boards under proxy of the majority shareholder/oppressor under pressure on governance issues will: intimidate, give generous AGM gifts, shut you out at AGMs, compromise whomever you organize with, dangle opportunities, send girls/boys after you, patronize you and, if all fails, break your legs literally speaking. Talking out issues on oppression is at best a delay tactic to neutralize one who seeks fairness- it’s a myth in the elite captured corporate governance space.

In Luganda they say: ‘Omubulirwa akira eyalaba’ meaning the one who has been told, seems to know more about it than one who has seen it by themselves, in that regard professor your advice is dead on arrival.

In Physics they say for every action there is an equal and opposite reaction, the framers of the Companies Act of Uganda 2012 purposely added Table F a code on Corporate Governance, I implore that you read it; and in that same Companies Act there are sections on minority shareholders like section 174(b) ii, 178(5), 247 – 250 with the extreme being winding up a company in the event of oppression plus several Capital Markets Act and the Uganda Securities Exchange guidelines- All these are meant to ensure equity.

Capitalism as a system of economics has balances and checks but its oppressors who push the envelope of might is right and are encouraged on by the ignorance and meekness of the oppressed.


Stanbic Bank Uganda practices autocracy in its absolute form, the majority shareholder has shut out completely the minorities while presenting a façade of a benevolent big man represented by your ilk.

The ‘The Greedy Trinity’ pointed out how the majority shareholder is siphoning money out from the shared basket, which is Stanbic Uganda in purchasing from themselves faulty IT software system at 130 billion in a year we allegedly made 191 billion, a record profit matched with a record faulty IT system purchase.

Spending 130 billion on faulty IT system in a single year without a viable response to Fintech and other digital disruption to the banking business model!


Considering the Centenary Bank with a bigger and more diverse client base for the years 2014 and 2015 combined spent 9 billion on IT software, in 2015 alone Stanbic spent 49 billion!

I sat through our 10/05/17 Annual General Meeting (AGM) and nothing was mentioned on this massive expenditure, the financial statements notes in the Annual Report have absolutely nothing on this; and as aggrieved shareholders we are still awaiting answers to this?

This IT software is even faulty as noted by the external auditor KPMG. Whereas the same Board; where our professor is the deputy Chairman and chaired the Audit Committee which is by the way the gate keeper of corporate governance in modern corporate governance; clearly elaborated expense items like how much electricity to the Kilo watt, water and paper usage expenditure breaking them down to an amazing level of detail however when it came to the IT software purchased from the majority shareholder Standard Bank South Africa- who also bought it from Finacle there was nothing! Fishy, isn’t it?

Am sure you have heard of companies like Enron and the ‘invincibility’ of executives like Ken Lay, stealing from one’s own company because you have to power to.

On this regard am also reminded of a local saying: ‘Enkima tesala gwa kibira’- meaning the monkey does not settle a dispute concerning the forest, as a member of the Stanbic Uganda jungle where impunity and arrogance reign you write cleverly for your membership, as if you are not aware that the very issues raised led to the interdiction of Directors in Stanbic IBTC Nigeria and KPMG Nigeria for accounting irregularities and improper disclosures in 2015, the very issue you fail to address because you control and manage the agenda of the company.

“The challenge of leadership is to be strong, but not rude; to be kind, but not weak; to be bold, but not bully; to be thoughtful, but not lazy; be humble, but not timid, to be proud, but not arrogant; have humour, but without folly.” Anonymous


The leadership of Stanbic Bank is the exact opposite of the suggestions above, therefore one cannot deal with them as the smart shareholder you envisage.

Professor as an academic you share an excellent paper tiger blue print on how to engage the majority shareholder, how do you engage, Standard Bank South Africa in asking it to acknowledge a 35 billion Franchise fee that ironically Stanbic Uganda paid in the last two years alone to the South Africans yet it does not trade under the name ‘Standard Bank’ in Uganda, amazing!

Anyhow one doesn’t need to be on the board to be treated equitably and fairly; it’s a question of knowing what’s going on and pointing out what should be changed to the relevant authorities. Luckily as you shared in your retirement remarks you will be joining the minority shareholders at the next AGM and you will see firsthand the difference between board allowances and dividend income.

Ear to the Ground


The radical change in dividend policy brought on by increased creative accounting on expenses and assets columns on specific items like IT software!

In siphoning money, out of the company there is no cash therefore to pay a dividend as the majority shareholder has mastered ways of taking money out by inflating company costs notably Finacle IT software costs which in 2016 alone cost 130 billion yet in 2015 they cost 49 billion.

Auditors in past two years have earned 1.5 billion for supervising audit with concealed disclosures-where is their audit fiduciary duty? most likely providing tax advise on how avoid or evade taxes like they did for Stanbic IBTC Nigeria, which by coincidence narrow the value of the 22,000 minorities shareholders in comparison to One South African shareholder, not forgetting that the auditors of Stanbic are KPMG which oversaw the rise and fall of the mighty Crane Bank.


The talk of if you don’t like it drop and leave! Leave to where? this kind of defeatist attitude is why we are here as a nation- mediocrity- no one wants to take responsibility of put in the necessary hard work to improve things; am saddened that a professor would ask me to leave the status quo unchallenged, it is a hopeless suggestion- we should contribute what we can to improve and let others pick up from there. The good professor thinks like a mercenary, for crying out loud this Stanbic Bank is a company that bought UCB and somehow by chance the government ensured we Ugandans had an opportunity to own into it as well; the least we can do, on an individual basis, is to make sure it works for all Uganda, not run away! To where, anyway?

Professor, unknowingly you weaken the case of the Capital Markets Authority and Uganda Securities Exchange in building the capital markets as an all-inclusive market for all Ugandan investors, maybe it is because you have an inner understanding of how you guys have arm twisted them in the past to bend to your rules; but I will say that these are institutions with good laws in place and they will come good with improved leadership with the will power to effect a fair, efficient and transparent market where rules are the norm.

Andrew Muhimbise is one of the 22,000 minority shareholders of Stanbic Bank Uganda Limited