Hysteria is a state of violent mental agitation or strong emotional outburst characterized by excessive and uncontrollable fear. The victim may become so emotionally excitable or/and complain of sickness that cannot be diagnosed medically.

It is more prevalent in adolescents than adults. It can afflict an individual child in a home or school, or a group may present similar complaints. Hysteria afflicts more girls than boys. It can be temporary or it can persist for a considerable time, especially if the child’s social and emotional environment is continuously stressful.

With hysteria, a student may think she is sick and feel she has physiological symptoms of some sickness. It presents with physical symptoms that tend to confuse adults who may think the adolescent just troublesome or pretentious. Hysteria often comes with conditions the victim can neither explain nor handle. But yes, hysteria is a real psychological disease and needs to be treated using psychological techniques.

How may it present itself
The manifestation of hysteria will depend on its cause or trigger and the emotional resources or strength of the victim. Different people react differently to the same experiences.

It often presents as a somatoform disorder; where one thinks he’s sick and develops physical symptoms of particular ailments. It happens when emotionally laden mental conflicts appear as (or are converted into) physical symptoms.

A child can report becoming blind, deaf or lame, and such self reports should never be taken for granted. A girl can even report feeling signs of pregnancy, phantom pregnancy, that is- and needs to be listened to and not ignored!

Causes
The psychological strain imposed on young people in the modern world has increased the likelihood that depression and hysteria are likely to increase among adolescents in the coming years. Youth poverty, insecurity and fearsome diseases can trigger the condition.

Hysteria among students can be caused by excessive emotional stress that overwhelms the mental capacities of a person. This can be due to a tight learning environment that exerts maximum academic pressure. When a child’s mental and emotional resources are overwhelmed, defeatist ego defenses can yield to hysteric emotions.

Psychologists observe that traumatic experiences may be a cause of many symptoms related to hysteria. Examples can be child sexual abuse, witnessing a terrible event like one’s parent’s involvement in an accident, war and excessive battering. Anything that can weaken their emotional resilience can trigger off hysterical moods.

A child who was sexually abused may develop sexual hysteria. She may experience episodes when she desires very regular sexual encounters (re-enacting the traumatic experience may be the ego defense the victim adopted). While this cannot explain all promiscuous tendencies a student may exhibit at school, understanding how it works can help us gain ground in working out interventions.

How can you tell it’s hysteria?
A girl undergoing depression may just stop talking to everyone, including the parents or teachers. This is often the case when the hysteria is occasioned by depression. Note however that many psychological diseases present with similar behavioural patterns.

A lot depends on self reports by the victim because hysteria is a psychological condition presenting as a physical one. Adults need to exhibit empathic understanding if they are to help the troubled youth out of his/her emotional troubles. When a youth explains his experiences, interpret them from his standpoint; wear his/her shoes as s/he narrates his/her troubles.

Nevertheless, it may require referral to a mental health professional to rule out other psychological conditions or confirm it’s hysteria.

How much is it a problem today?
Modern life is so stressful for young people today and with the advancing years, we shall have to confront worse psychological issues in adolescents. Issues of youth poverty, insecurity, the conflicting information exposure in the skewed media and the pressure to excel all drain their emotional deposits leaving them mentally incongruent or disconnected.

For many youth in school, the biggest emotional challenge is pressure to excel. There is so much to learn. What was taught in Senior Two a decade ago is now imposed on the syllabus for Primary Five! The books to revise are many, not to mention homework that is now daily bread. And adults, both teachers and parents, seem not to realise that there is mounting academic pressure in schools.

Parents, teachers and school nurses tend to be amused by students who ‘pretend’ to be suffering from hysteria. Even when they diagnose or suspect symptoms of hysteria, they refuse to believe it is so serious as to warrant special attention for the victim. It’s often described as pretence! Accordingly, many psychologically sick children are labelled undisciplined by ignorant caregivers.

How to handle hysteria in students
The first thing is to appreciate that hysteria exists and is a disabling condition or dis-ease among young people. Until you develop an objective outlook on this problem, you cannot competently help youth inflicted by hysteria. Parents and teachers need not react violently to behaviours resulting from such conditions but seek to understand them or/and refer to professionals.

Hysteria may present similar symptoms as some medical conditions. The school physician needs to rule out other medical conditions first. Prescribing a medical remedy to a psychological problem is a waste of time.

The nurse can try placebos if it’s proved that the condition is actually psychological and manageable at school.
Some cases of hysteria may need simple psychological doses like talking lovingly and reassuringly with the child by the school counsellor or confidant teacher. With this in addition to placebos, some students overcome the problem.

If the school nurse exhausts her medical remedies, it’s appropriate to refer. If the condition seems really serious, the victim’s parent can be advised to take the child to a counselling psychologist.

In case of mass hysteria, the trigger can be in the environment, in the tempo of the school routines and the time limits imposed on the victim’s goals. A change of the environment for the victim can help relax his/her emotional resources. Even in candidate classes, breathers need to be planned into the daily routines. 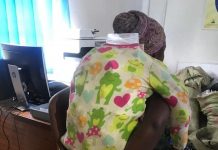 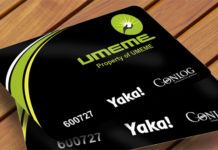 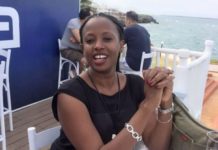