Home Business Is connectivity the biggest obstacle to Africa’s development? 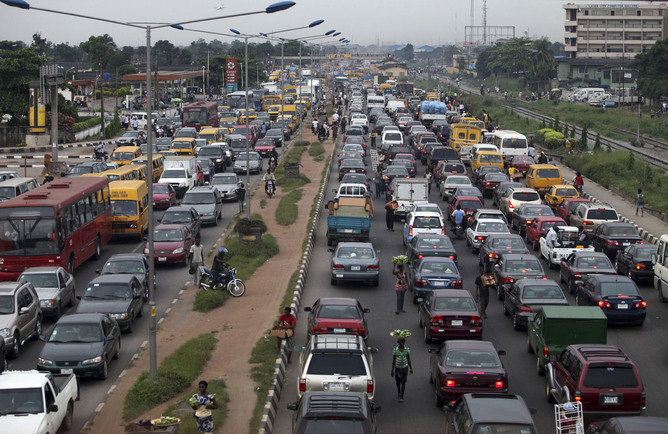 Paul Collier urges that the lack of connectivity in African cities remains key obstacle to the continent’s development.

The lack of connectivity arises from a combination of the low population to land densities and poor transport services which characterise African cities, including Kampala.

This impedes the functioning of labour and product markets and thereby prevents firms from achieving optimal economies of scale and formal sector status, which in turn depresses labour productivity.
Consequently the key to development in Africa is massive investment in African cities, by three sets of actors; households investing in residential property, private sector businesses investing in commercial property, including multi-story residential buildings, and the public sector investing in urban infrastructure.

Most of this investment will entail structures of various types. To mobilise this investment major reforms are needed to create well functioning land markets, long term urban planning and mechanisms to raise finance for the huge volumes of investment that would be needed.

Paul Collier estimates that the average African city will need approximately $50 billion of investment in structures – buildings and infrastructure – if its population is to enjoy middle income country standards of living.

Although there are many useful insights in Paul Collier’s thesis, there are also a number of important aspects which can be questioned.

African development and structural transformation has undoubtedly been held back by the paucity of private investment in labour intensive industries, such as manufacturing, as a result of which the vast majority of the labour force in the urban areas, including Kampala, has to earn its living in very low productivity informal household enterprises.

Only about 3 percent of the labour force in Uganda is employed by a formal sector business.

whether the binding constraint to private investment is really the poor connectivity of African cities, rather than other potential constraints such as the poor institutional environment for business, low quality of the workforce or a lack of competitiveness unrelated to urban connectivity, for example because of overvalued real exchange rates. We see empirical evidence to support the contention that the poor urban connectivity, rather than other factors, is the binding constraint to private investment.

If poor urban connectivity is not the binding constraint to private investment and thus higher productivity, then the massive investments needed in the urban areas to improve connectivity will not, by themselves, unleash growth and development. Instead they may turn out to be low productivity investments which could cause financial distress among both developers and those that have financed them.

Investable resources in Africa are in scarce

Resources which are allocated for investments to improve urban connectivity must unavoidably be at the expense of other types of investment, such as investment in rural development, human capital development or transport links to international markets. Therefore, if priority is to be accorded to investment in urban areas to improve urban connectivity, we need to see strong evidence to demonstrate that the social returns to these investments exceed those of other competing demands on scarce resources.

In Kampala, the bulk of private investment comprises residential and commercial buildings. These investments provide only a very limited number of jobs and yield low real rates of return.

In many cases the income earned from property is far lower than the cost of capital.
Despite this, private investors favour property because of an expectation that its value will appreciate in real terms over time and, in some cases, because of the social prestige which owning property brings to the owner.

Most of the commercial investment in urban property that characterises Kampala and other African cities involves investment in the non traded goods sectors of the economy; housing, retail trade and business services.

The real dearth of investment in our economy is not in urban structures but in labour intensive traded goods sectors, such as manufacturing industry and agro-processing, which are the engines for structural change.

Paul Collier argues that the huge public investments in urban infrastructure which he advocates can be entirely self funding with the appropriate taxation. He argues that public investment will generate gains in productivity which will raise the value of land held by the private sector. Therefore, by levying an annual tax on the market value of land, the government or local authorities can mobilise the revenue needed to service the debt that it incurred building the infrastructure.

This claim remains contentious. It depends upon the notion that a shortage of public infrastructure is the binding constraint on productivity growth in the private sector.

If private sector productivity in urban areas does not rise as expected, because it faces other constraints besides the inadequacies of public infrastructure, land owners will lack the income to pay land taxes, even if their land appreciates in value. This would leave the public authorities lacking the revenue to repay its debt. The city would have better infrastructure, but its administration would be bankrupt and the provision of other vital services would suffer as a result.

Editor’s note: A slightly edited speech by Tumusimme Mutebile, Gorvenor Bank Of Uganda, at East And Central African Cities forum held on 24th May 2016 in Kampala Source: Bank Of Uganda