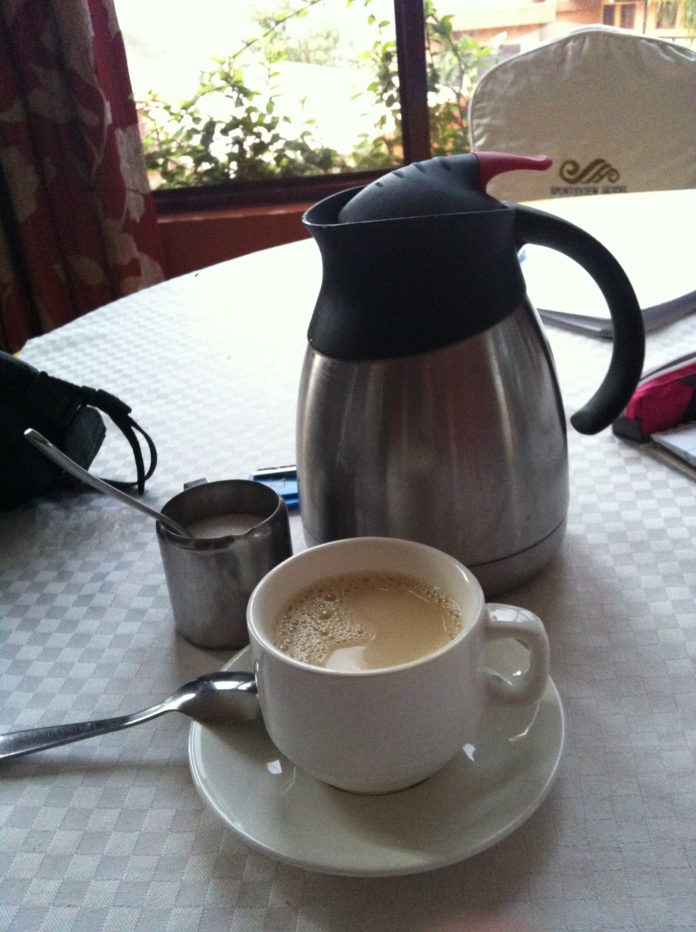 Rwandans have finally started drinking their own coffee. This in part due to an increase in the number of local coffee shops and processors of finished coffee products, which are favourably competing with imports in the market.
On one of the stalls in Simba supermarket, tins of Nescafe classic are surrounded by coffee brands like Maraba coffee, Gorilla coffee among others.


Enoch Tesfamariam, the procurement co-ordinator at Simba supermarket told this paper that the number of Rwandans buying locally processed coffee has grown and it is gradually reducing sales of coffee imports like Nescafe.
“I used to order 50 cartons of Nescafe and in less than three months they would be sold out. Now, I order 15 cartons and selling them is a problem. Buyers are increasingly opting for locally-made coffee,” he said.
He added that they have even reduced prices, for instance a 200g tin of Nescafe classic used to cost Rwf5,500 ($6) , but now goes for Rwf5,000 ($5).

Campaign
Question coffee, a non-profit organisation that started two years ago, has been running a social campaign dubbed “sustainable harvest,” which aims to get more Rwandans to drink their own coffee, starting with the farmers who grow it.
“Our goal is to promote coffee consumption in the country and increase its visibility,” said Christine Condo, the director of Question Coffee.


She said some of the farmers had been growing the crop for over 50 years but had never tasted their coffee.
“To be a better business person you have to taste your product, so we came up with a home roasting programme to encourage farmers to taste their own coffee,” she said.
Besides other initiatives like the coffee week, Question Coffee runs a high-end coffee shop where they roast and brew coffee. They also offer free barista training every last Friday of the month.
Ms Condo said since they opened the coffee shop they have seen a steady increase in the number of Rwandans drinking coffee.


“The mind-set of people is changing and not only are they drinking coffee but also talking about it and even differentiating flavours,” she said.
Local coffee shop and restaurant brand Brioche is opening its second branch in Kenya, as it looks to expand into other African markets.
Over the past five years Brioche moved from a single shop in Kigali to six branches, four in Kigali and now two in Nairobi. They also have a pastry plant in the special economic zone.
“Everything is made in Rwanda from the coffee to baked products. We are currently employing over 130 people,” said Kayitare Hussein, the public relations officer for Brioche.


The opening up of new high-end amenities like Kigali Heights, Makuza Plaza among others, and a growing middle class are key drivers of the coffee shop business in the country, which has in turn contributed to the growth of a coffee drinking culture.
“In 2000 we only had one coffee shop in Kigali, now we are looking at over 50 coffee shops,” said Ntwari Pie, the public relations officer at the National Agricultural Export Development Board.

READ: Coffee in bars: The new trend in Uganda