It is beyond doubt that the Ndeeba Based Christian Radio station owned by Rev, Dr. Pastor Joseph Sserawadda has been the leading Christian Radio as per 2014-15 Uganda Communication Commission rankings and audience survey.

It might sound hoax, but indeed a reality that advertisers are steadily running away over the radio’s involvement in NRM campaigns given the direct jibes thrown against top opposition candidate Kiiza Besigye

He also went on to increase the advert commission from an earlier 10% to 25% to attract sales agents
It is understood that Joseph Sserwadda allegedly ordered all his workers not to associate with opposition candidates in the Radios political shows. 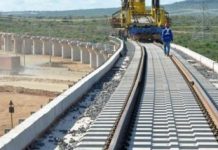