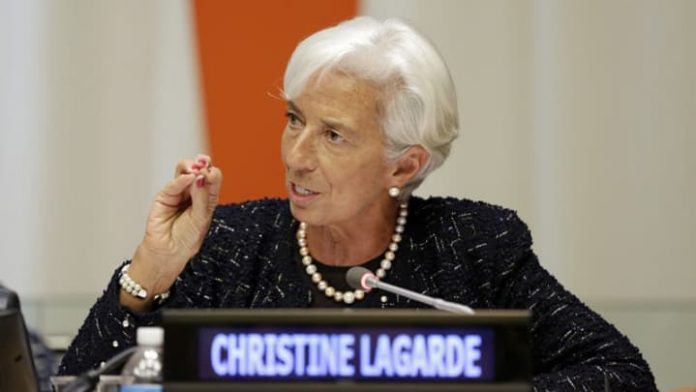 “We met [at the Group of 20 meeting of Finance Ministers and Central Bank Governors in Fukuoka, Japan] at a time when the global economy is showing tentative signs of stabilizing and growth is projected to strengthen.


While this is good news, the road ahead remains precarious and subject to several downside risks.
“The principal threat stems from continuing trade tensions. The IMF estimates that US-China tariffs, including those implemented last year, could reduce the level of global GDP by 0.5 percent in 2020 or about US$455 billion —which could make a significant dent in the projected pick-up in economic activity.
A second risk is that, with interest rates very low, debt levels are rising in many advanced economies, and emerging markets remain vulnerable to a sudden shift in financial conditions. And all this at a moment when monetary and fiscal policy space is more limited than in the past.

“To mitigate these risks, I emphasized that the first priority should be to resolve the current trade tensions—including eliminating existing tariffs and avoiding new ones—while we need to continue to work toward the modernization of the international trade system. This would be the best way for policymakers to give more certainty and confidence to their economies and to help, not hinder, global growth.
“At the same time, in most countries, monetary policy should continue to be data dependent and accommodative. Fiscal policy should carefully balance growth, debt, and social objectives. And structural reforms—from opening up markets to encouraging greater participation by women in the workforce—should be used to lay the foundation for stronger and more inclusive growth. If these kinds of measures were jointly implemented, the IMF estimates that they could boost the G20’s GDP level by 4 percent over the long term.


“Of course, determined joint action is also needed in many other areas: in international tax—to ensure a globally fair, sustainable and modern system. In the financial sector, to ensure an open and resilient system grounded in agreed international standards. And in the area of debt—particularly for low-income countries—where cooperation is essential to ensure transparency and sustainability.


“We also discussed the importance of working together to tackle global economic imbalances, which have become increasingly concentrated in advanced economies. In addition, led by the Japanese G20 Presidency, we focused on the issue of aging, its policy implications, and how we might help each other in this vital area. To support this dialogue, both on demographics and global imbalances, the IMF offered new cross-country research and analysis.


“Editor’s note: Speech by Managing Director of the International Monetary Fund (IMF), at the conclusion of the Group of 20 meeting of Finance Ministers and Central Bank Governors in Fukuoka, Japan: