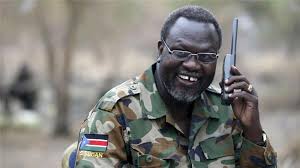 Igad’s Council of Ministers wants South Sudan rebel leader Riek Machar released from house arrest in South Africa.
But the Inter-Governmental Authority on Development ministers has given the conditions that Dr Machar — who has been under house arrest in Pretoria since November 2016 — must denounce violence, commit not to obstruct the peace process and be relocated to another country that does not neighbour South Sudan.


“The ministers decided the house arrest of SPLM/IO Leader Dr Riek Machar be lifted as soon as possible, on conditions that ensure he will renounce violence and not obstruct the peace process,” said their communique.
Dr Machar’s Sudanese People’s Liberation Movement in Opposition (SPLM-IO) is yet to respond to the conditions.
Dr Machar’s release had been recommended by Ismail Wais, the Special Envoy of Igad on South Sudan, in a progress report that was the subject of the meeting.

But on the morning of March 26, before the meeting, the South Sudan government through Minister of Foreign Affairs Martin Elia Lomuro, complained that the release of Dr Machar was not an issue in the revitalisations talks.
Juba had earlier said it will never agree on Dr Machar’s participation in the talks or in the transitional government.
Dr Machar returned to Juba in April 2016 and formed a transitional government with President Salva Kiir and other groups according to 2015 peace agreement.


However, fresh fighting broke out in Juba in July 2016 and Dr Machar had to flee to the Democratic Republic of Congo, from where he was airlifted to Khartoum.
President Kiir then started lobbying for Igad to isolate the rebel leader. Soon, Dr Machar was barred from Ethiopia, where he had been staying since the war began in December 2013.
President Kiir then secured an agreement with the government of president Jacob Zuma to keep Dr Machar under house arrest in Pretoria.
///The East African