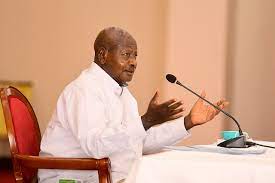 Since 1963, I have been a follower of Mwalimu Julius Nyerere on the issue of the Political Federation of East Africa.
A federated East Africa would create a united market for the businesses of 200 million people, who will be 401 million by 2050, (according to the UN projections). The political federation would also make it easier to handle issues of insecurity such as the insecurity in Eastern Congo, Somalia, Mozambique, etc., which affects even the countries that are stable because we have not and we cannot build walls between these sister countries.


Moreover, East Africa is quite homogenous, around the language of Swahili on top of the shared heritage of the Bantu, Nilotic, Nilo-Hamitic and Cushitic peoples of this area. It is these similarities and ancient linkages that should enable East Africa to achieve maximum unity in the form of both political (federation) and economic (common market) integration.
Then we go to the CFTA (Continental Free Trade Area). I did not agree with Muammar Ghaddafi nor with Nkuramah Osagyefo, nor did Mwalimu, on the issue of one Government for the whole of Africa. At the Continental level, you do not have the same similarities like you have in respect to East and Central Africa. You may even have some irreconcilable contradictions that would not permit the maximum level of integration (political federation).
However, the common market of Africa, is possible and desirable. It would give business a market of 1.4Bn people today, that will grow to 2.5Bn by 2050.
The two levels of integration ─ political ─ economic for East Africa as well as economic for Africa – would create a bloc with which we can negotiate durable market access internationally ─ with the USA, China, EU, Russia, India, Japan, Indonesia etc.

You remember the World is Mpa, nkuwe ─ give me so that I give you also – reciprocity. Why all those efforts? It is on account of our search for prosperity (jobs, goods and services, a bigger Government ─ revenue, tax base, more export earnings, more value addition, better infrastructure, better services such as health and education) and strategic security (stronger armies that are able to ensure security and defend us against any and all enemies of whatever potential), taking advantage of our similarities, linkages and a common history.
In my view, this is part of the historical mission of the genuine business class of Africa. Otherwise, if we build a Latin America instead of a United States of American in Africa, we shall condemn our children to the sort of miseries you see in Latin America and even the Middle East, not to mention the harvest time for problems in the Africa of today (Mali, Burkina Faso, Libya, Central Africa Republic, Somalia, Eastern Congo, Mozambique etc.).
When we talk of the Business Class, of the Middle Class, of the bourgeoise, we should not forget that some of the middle class groups play a parasitic role in backward economies. China has, within 70 years, gone from being No. 56 (in 1951 with $30.5bn) in the size of its wealth (GDP) to being No.2 today on account of the accuracy in analysis of its leaders of this issue of the middle class and also of other issues.


Both Mao tse Tung and Deng Hsiao Ping, correctly disassembled the middle classes into four types if I remember correctly. These were: the national bourgeoise, the comprador bourgeoises, the petty bourgeosie and the bureaucratic bourgeosie. Of all these, the positive bourgeoise were the national bourgeosie, that part of the middle class that works to retain blood in Uganda and also to get blood from other countries, legitimately and equitably, to strengthen our economy.
These are commercial farmers, manufacturers, service providers for activities that either substitute imports or promote export earnings. The bad elements are the comprador bourgeoise, those who work for foreign business interests in our countries in lines of businesses that Ugandans can take up. These are mainly importers, commission agents etc. The other dangerous groups are the bureaucratic bourgeoise e.g., civil servants.
These are divorced from production but are paid by the Government and never bother to find out how the Government gets the money, nor do they care about the rest of the citizens since they are paid, whatever happens.
The middle class we need are the National bourgeoise- the commercial farmers, the manufactures for imports substitution and export promotion and service providers that either save or earn foreign exchange (Tour operators, Doctors, Engineers, Hotel owners etc.).

Coming to the East African oil pipeline and the business opportunities it offers, I first declare that I have never been intoxicated by oil. Uganda discovered petroleum in 2006. It is now 15 years but the oil has not been pumped out of the ground. Yet, the economy of Uganda is growing.
Japan is the third richest country in the World, but it has no oil, no minerals and no agriculture. It relies on the brains and the skills of its people. So is South Korea and even China.
This is not to say that the oil of this region, is not important. Oil has been important and will continue to be important. Oil transformed the very poor countries of North Africa and the Middle East into very affluent societies on account of the petro-dollars that started flowing in that area following Gaddaffi’s activism for higher oil prices and the Arab-Israeli war of 1973.
There is now awareness that some uses of petroleum generate gases that create a blanket effect in the atmosphere that warms the temperature of the globe, melts the ice-sheet and the glaciers and causes the sea to rise and unpredictable rain patterns. That, however, is not the fault of oil.
It is the fault of the misusers. Uganda, therefore, supports the Movement towards cleaner energy sources: hydro, solar, wind, geo- thermal and even nuclear and we are preparing for all. Two points are, however, clear. First of all, we shall use fossil energy for another 40 (forty) years.


In fact, although I am never an opportunist, I cannot avoid noticing an opportunity for some of us that have entered the night club when the notice for banning night clubs was proclaimed. New night club goers will not book and, hence, we shall have the night clubs to ourselves. Could this not be the reason the price of oil is going up?
The climate salvation efforts are targeting, correctly, the use of coal for power generation and the internal combustion engines that should be replaced by electric engines. These are not the only uses of oil. There are safer uses of oil.
These are:
1) Car tyres ─ these synthetic tyres are much
stronger than the rubber ones;
2) Chairs and car-seats;
3) Polyester for textiles to mix with cotton;
4) Medicine;
5) Bitumen (asphalt);
6) Cosmetics;
7) Detergents;
8) Packages, etc.
Here, the environment issue is no longer greenhouse gases but waste-disposal. Can we not perpetually recycle some of those for re-use?


Therefore, Tanzanian, Ugandans, all the global citizens, the East African pipeline business is a good, durable business. It will create jobs during construction and after. Other service providers will also be able to supply those who work in the oil sector e.g. hotels, transport, food–suppliers etc.
Unlike Japan or Korea or Saudi Arabia who are either do not have oil or only have oil, East Africa has got everything: agriculture, minerals, forests, oil, gas etc. Once the environmental concerns are addressed, the sky is the limit.