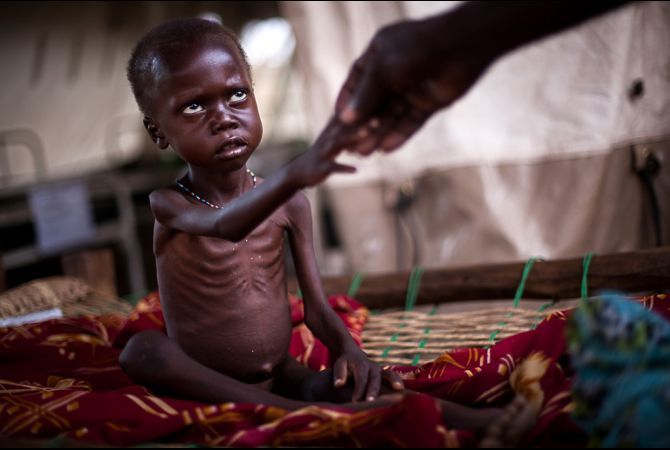 A UN senior official said Thursday that South Sudan’s hunger and malnutrition have reached record levels, affecting some 1.75 million people.
At a meeting of the Security Council, Bintou Keita, assistant secretary-general for peacekeeping operations, said the continued fighting in South Sudan has a direct impact on the country’s humanitarian situation, and that some 1.75 million people are on the brink of a catastrophe.


Keita said that the security situation on the ground remains a serious concern, with parties to the conflict in constant breach of the cessation of hostilities agreement.
Turning to the peace process, she said that the face to face meetings between President Salva Kiir and opposition leader Riek Machar are positive developments which must be supported.

On Wednesday, Salva Kiir and Riek Machar agreed to a “permanent” ceasefire to take effect within 72 hours, raising hopes of putting an end to the four-and-a-half-year conflict.

However, Keita warned that peace will not be achieved or sustained merely on the basis of this deal and stressed the need for the revitalized agreement to address the root causes of the conflict and engage all stakeholders.
////Xinhua