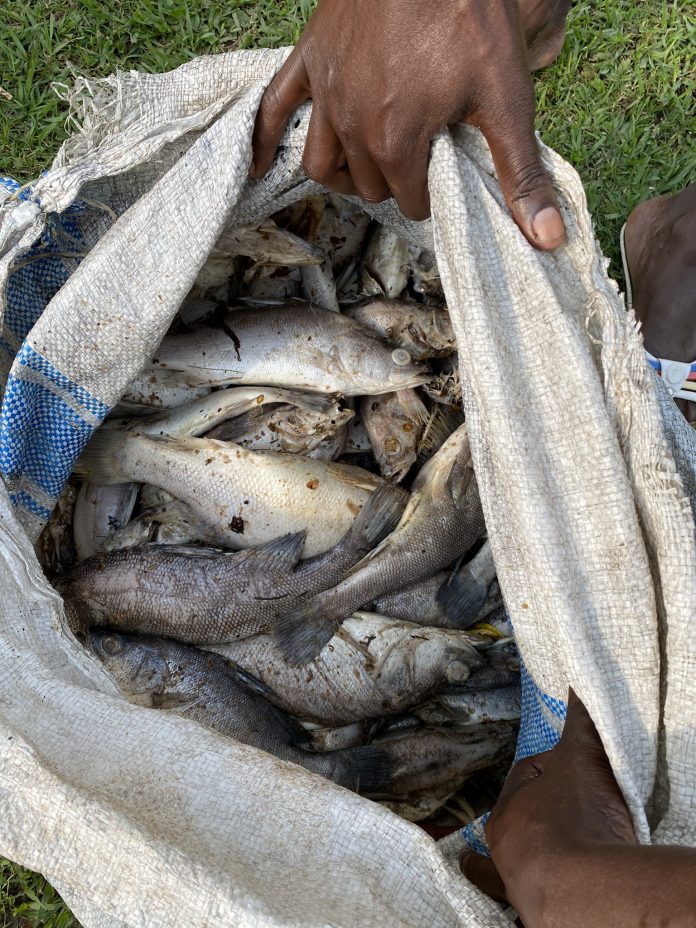 Communities living in and around the shores of Lake Victoria have recently been concerned by the growing number of dead fish, especially Nile Perch, being wash .The dead fish are not only an eyesore but also emit an offensive odor as the decomposition occurs.
The National Environment Management Authority (NEMA) says , preliminary investigations have ruled out the possibility of poison as the cause of the deaths of the fish.


‘ ‘The occurrence has been attributed to a drop in oxygen levels. Nile perch is species of fish known to be sensitive to low oxygen levels- (below 2mgl).’’ The statement reads In part.
It adds: As a result of the recent flooding and rising water levels, large masses of weeds were submerged and sunk into the lake bed. These weeds use up oxygen as they rot from within the lake hence a drop in the oxygen levels.
Also, the recent strong winds around the lake Victoria basin have heightened lake overturn; a phenomenon that causes water from the bottom of the lake that is low in oxygen, to come up and mix with upper layers, where fish live; leading to a reduction in oxygen, hence the death of fish.

This is not the first time large scale fish deaths are occurring on Lake Victoria; Fishing communities have always referred to this situation as “Kaliro” and it occurs periodically.
NEMA advised the Communities living around the lake to bury the dead fish to contain the pungent smell; as further research and studies are undertaken by all stakeholders including, MAAIF, Communities, developers etc
The ministry of agriculture is also investigating whether similar deaths have occurred on the shores of other lakes and rivers in the country.


Local media reported that dead fish washed up on the shores of Lake Victoria in Entebbe, 40 km south of the capital Kampala.