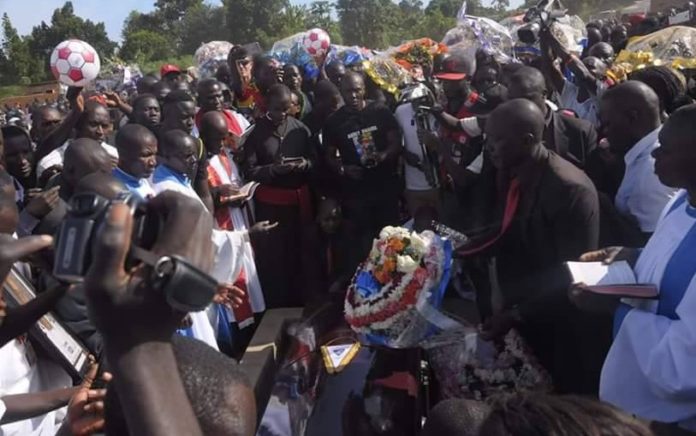 
Human resource managers have added their voice-they want government to adopt a law that requires all burials to be done on Saturday’s and Sundays. This was disclosed during the just concluded Africa human resources conference in Kampala.
The managers, under their umbrella body, the Human Resources Managers Association of Uganda (HRMAU), said the country loses a lot of productive time in working days.


“Why we should bury during working days instead of building more funeral homes so that more businesses and jobs to refrigerate the bodies are created and we bury over the weekend like other countries are doing,” said Mr Patrick Ngolobe, the president HRMAU.
Mr Ngolobe noted that on average, relatives of the deceased person lose one week of work, hence affecting companies employing such relatives.


In 2015, the then Minister for Lands, Housing and Urban Development, Daudi Migereko, asked Government to gazette weekends as days for burying the dead. His argument was that, burying on weekends will enable politicians and civil servants concentrate on productive ventures other than spending several days away mourning the dead. Migereko said it was only in Uganda where people are buried on any day of the week.
He called on Government to put in place mortuaries or funeral homes, where bodies are kept before being taken for burials at the weekend. He added: Uganda should borrow a leaf from Kenya, where the dead are buried on Saturday and Sunday.

In March this year, Dr. Rajni Tailor, a Ugandan national of Indian descent and the president of the Hindu Council of Africa called upon Ugandans to bury only weekends. The former Buganda Kingdom minister, revealed that Ugandans waste too much time attending burials on weekdays, which affects productivity across the country.
Tailor, explained that the time is now for Ugandans to starting thinking of emulating other countries around the world who do not bury the dead during weekdays.


“If you look at Europe and other countries, they have times for burials. Here in Uganda, we take our own time. If someone passes on, why don’t we do the burial on Sundays? Or even Saturdays because people work half day” he said.
Most of the time in Uganda, the dead are buried two to three days after their demise.