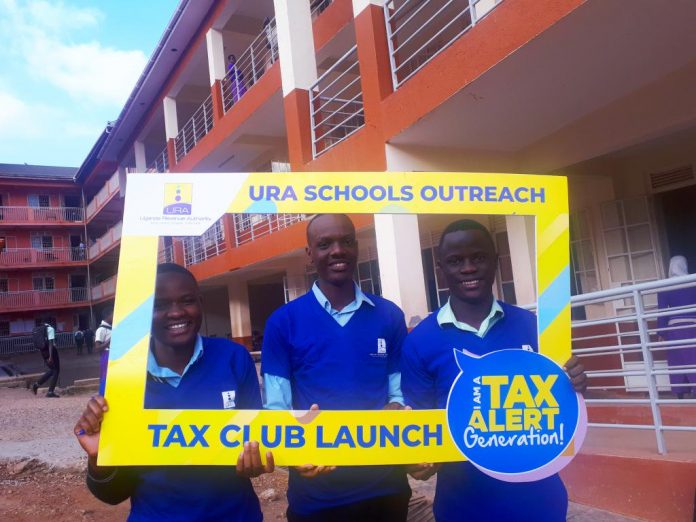 Tax awareness and tax education campaigns serve Uganda well when they result in to an improved tax compliance culture.
Any improvement in compliance with tax obligations by tax payers would assist Uganda to generate the much-needed tax revenues to finance the ever-increasing government expenditure.


The constitution of the Republic of Uganda under Article 17 (1)(g) clearly states that it is the duty of every Ugandan citizen to pay taxes. Despite this civic duty imposed on every Ugandan citizen, the Uganda Revenue Authority continues to grapple with attaining widespread voluntary and timely compliance as some Ugandans have low tax morale hence half-hearted commitment towards paying the due taxes.
Tax morale refers to the level of motivation among tax payers to pay taxes and is usually measured by the voluntary willingness to comply with tax laws and obligations.


A tax -literate people that have been empowered with relevant tax knowledge is expected to make informed decisions in favour of voluntary and timely compliance with their tax obligations.
It is therefore the duty of government to provide relevant and comprehensive tax education, at all appropriate levels. Indeed, under the URA, the government of Uganda has and continues to roll out several tax education and awareness campaigns covering new tax developments, recognition of compliant tax payers, among others.
However, more needs to be done by the government in this regard.


The tax education should be introduced in the school curricula to enlighten children about their tax responsibilities from an early age.
The earlier the tax knowledge is introduced to the young impressionable minds and receptive souls, the better empowered the future generation of tax payers will be.
The Bible aptly recommends in Proverbs 22:6 to ‘’train up a child in the way he should go; and when he is old he will not depart from it’’.


It is also important to note that effective tax education should have the potential to nurture positive mindsets and attitudes in favour of voluntary tax compliance.
Tax payers and prospective tax payers should be thoroughly made aware that collection of taxes is the revenue mobilisation tool available for government and that it is a collaborative effort where each person makes a fair contribution.


Through effective tax education, the people should be rallied, encouraged and challenged to demonstrate their commitment to the common good of society through making the tax contributions required to finance social goods and services like public schools and health facilities.
The adverse consequences of tax evasion and aggressive tax avoidance to the progress and development of a society should also be explained to the tax payers as part of tax education programs. It is generally the tax payers that have understood the relevance and the social value of the taxes they pay who are likely to exhibit high tax morale.


However, what has remained a failing for many governments is to include regular accountability and transparency programs aimed at satisfactorily explaining to the tax paying public how the taxes collected have been put to good use. Wasteful public expenditure will inevitably dampen the tax morale as opposed to responsible public spending which is likely to spur tax morale among the tax payers.
Though Ugandans have the legal and moral duty to pay the due taxes imposed on them, it is also the responsibility of government to undertake such initiatives like adequate tax education that will ensure that the tax payers are also moved to ‘’want to pay the taxes’’.


As Dale Carnegie, famously remarked in his immortal book – How to Win Friends and Influence People, ‘’There is only one way… to get anybody to do anything. And that is by making the other person want to do it’’. Making citizens want to pay the taxes through tax education will improve voluntary and timely tax compliance among Ugandans and hence increased tax revenue collections for Government.


The writer is a tax and legal consultant currently working with Ernst & Young, Kampala.