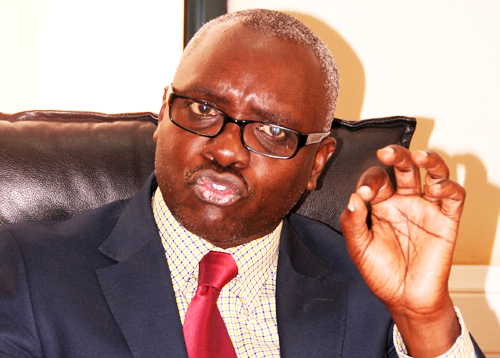 
From 1,000 copies, the paper grew to reach 30,000 copies. The paper’s growth is attributed to the in-depth sports coverage and ‘accurate’ game predictions. This attracted the unemployed youth whose live hood depends on gambling.

Started in June 2011, The Nyanda, whose cost of production is very low- grew fast to attract advertising, to become self-sustaining and profitable.

Market intelligence is key in today’s competitive business environment. Analysts at Plot 101 Jinja, the head offices of Vision Group, noticed that among other factors, The Nyanda was eating into Bukedde sales, which had for now dropped to average of 18,000 up from 35,000 copies. They also learnt of MPL’s real motive behind Nyanda.

Market intelligence reports revealed that Daily Monitor’s plan was to grow Nyanda into a powerful newspaper before turning it into a mainstream Luganda newspaper to take on the country’s leading Luganda newspaper- Bukedde.


Previous attempts by MPL to start a Luganda Newspaper have been disastrous. They had to close the Ngoma Newspaper after a few months on the market. They learnt the hard way. Therefore, they needed to come well prepared.

The Akadirisa was to disorganize Nyanda and frustrate MPL’s grand plan.


It is for this reason that Akadirisa was priced at Ugx. 500 while Nyanda is selling at Ugx. 1,000. Again, Akadiirisa comes out on Thursday, while Nyanda is published on Friday. All these strategies were meant to counter and frustrate the competitor.
Read: Bukedde Newspaper copy sales plummets, loses 10,000 copies in a couple of months


At Ugx. 500, it’s difficult for Akadirisa to break-even, unless you are sure of advertising business, the paper has been able to achieve its main purpose: frustrate or at worst prolong the MPL’s plan to launch a Luganda Newspaper.

In the other news, Bukedde copy sales have picked up from an average of 18,000 a few months ago, to an average of 27,000 today. This improvement is a result of a number of strategies in use including, price reduction from Ugx. 1,500 to 1,000 shillings.


Unfortunately, Saturday and Sunday Vision copy sales have dropped in the past few weeks. The paper, sometimes sells as low as 17,000 up from 21,000.