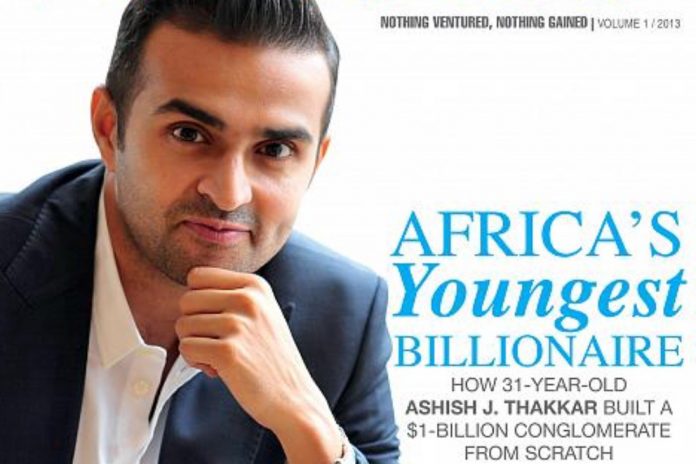 Equity Bank’s announcement that it had reached a deal to buy four regional banks has drawn interest to the ownership of the lenders and the state of their health.

Equity Bank had stumbled on a fire sale by Atlas Mara, the company founded by a Ugandan billionaire Ashish Thakkar, who unceremoniously left the entity in 2017 following a divorce case that exposed deals used to spruce up his net worth.

Atlas Mara had been billed to be Africa’s biggest financial institution and at one time wanted to buy Barclays Bank in 2016.

However, there was a turnaround of events, Some of his acquisitions needed cash injections and operational costs could not be contained.


“It is a case study of how not to run a bank buyout fund and for investors in the Alternative Investment Market (AIM) , it’s a lesson of how not to buy stocks for Africa based on glamorous public relations (PR) stories fronted by high profile people with no functional Africa experience,” Deepak said.

Atlas Mara may have been one of the biggest PR pitch dappled by the daring claims by Thakkar as being the youngest billionaire on the continent.

In his 20s, Thakkar appeared on Forbes List as Africa’s youngest billionaire and would go to tout the image across media platforms including this paper. Bloomberg, the financial newswire, estimated his fortune at $470 million and noted that Mr Thakkar has been described in videos posted on his foundation’s website as ‘Africa’s Youngest Billionaire’.


He sold the idea of business acumen learned from the age of 15, stowed the importance of ethics and preached philanthropy from the dais of the World Economic Forum, from investments forums to presidents and investors alike, his dream business was closing his pitch.

“Mr Thakkar started his career by setting up technology business and serves as an adviser to certain heads of State in the Sub Saharan African region. He is a member of the World Economic Forum’s Global Agenda Council on Africa,” his Bloomberg profile reads.


A good story is best laced with a dream which the investor flaunted, having bought a $200,000 ticket into space on Sir Richard Branson’s Virgin Galactic passenger rocket. By 2014, the Mara Group had spread its tentacles in banking, real estate, information technology, and agriculture with annual turnover in excess of $100 million . According to the Financial Times, the Mara Group is valued at “slightly above” $1 billion

Mr Thakkar teamed up with Bob Diamond who left Barclays under the cloud of controversial risky casino banking and fining of Barclays for libor manipulation, and Atlas Mara conjured up a $600 million bank portfolio by buying banks across African markets.

They rode on the ‘Africa Rising’ narrative, the fact that World Bank put that only a third of African adults had bank accounts in 2014, compared with 94?per cent in rich countries.
They urged patience to investors and made their boldest move when Atlas Merchant Capital entered talks with investors including Carlyle Group, for a possible bid for Barclays Bank, which would have catapulted the Investment fund nearer to its ambitions.


“In response to recent press reports about our alleged interest in buying a 62.3 per cent stake in Barclays Plc Barclays Africa Ltd, Atlas Mara acknowledges that it is in talks with a consortium of investors which studies the acquisition of a participation in Barclays Africa and a potential combination with Atlas Mara and Barclays Africa,” said the investment firm. The deal did not pan out.

Investors started getting jittery and since listing in 2013, the company has lost more than 80 per cent of its value. Meanwhile, a messy separation of Thakkar and his estranged wife Meera Manek threw shade onto the ‘poster boy’ of Atlas Mara.


In October 2016, Thakkar told a family court judge in London that he was worth only about $541,000. He also noted that he doesn’t own a stake in Mara Group and that the company was owned by his mother and sister.