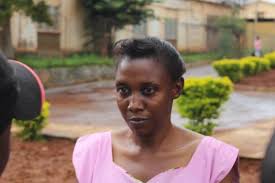 On the evening of August 29, 2019, Sylvia Komuhangi walked out of the Gulu High Court premises accompanied by a female prisons security official. She had a smile plastered on her face. It was not a beaming smile. It was a restrained smile, the kind of smile that projects more relief than joy.


The 32-year-old secondary school teacher, who was wrongfully sentenced to two years in jail for injecting a baby with HIV-infected blood, walked a 50-meter stretch to the parking lot area where her lawyer, Immaculate Owomugisha waited. Komuhangi and Owomugisha shook hands, hugged and clasped their hands around each other’s waist for a while.
The journalists present at court took pictures of the two, and then Owomugisha stepped back to let Komuhangi share her thoughts with the media. With half a dozen video cameras and audio recorders in position, Komuhangi responded to the first question asking how it felt to regain her freedom after eight months in Kitgum Central prison, 805 kilometers away from her home in Rukungiri.
“I feel so happy,” she said. “It was so difficult.”

A Friendly Visit Gone Wrong
On December 27, 2018, Komuhangi was arrested and charged at Kitgum Magistrate’s Court with the offence of committing a “negligent act likely to spread disease contrary to Section 171 of the Penal Code Act of the Republic of Uganda.”
During her trial, at the Magistrate’s Court, the prosecution stated that at about 9 P.M. on December 26, 2018, Komuhangi carried the alleged victim away from her babysitter to the bedroom and then returned later, with the baby crying. The prosecution continued that when the mother, Eunice Lakot, examined her baby, she found swellings in both armpits. She took the baby to Kitgum hospital for diagnosis, where doctors reportedly confirmed that the swellings were caused by injections. Consequently, a medical professional tested Komuhangi for HIV, and she was found positive. Next, the child was given Post-exposure Prophylaxis (PEP), an antiretroviral medication that prevents infection to anyone exposed to HIV during the first ninety-six hours. Subsequently, Komuhangi was arrested.


After regaining her freedom, Komuhangi narrated that she had traveled to Uganda’s northern region from the Kampala for a tour in late December 2018, and spent several nights at a friend’s house in Kitgum Town. After a visit to the Kidepo Valley National Park, she returned to Kitgum Town to find her friend’s home surrounded by local authorities.
“We were arrested there and then,” she narrates. “I spent two weeks in custody asking [to be released on bond], but they could not even bond me out, saying I was a non-resident. When we went to court, I asked for bail, and they refused. They refused to give me bail until they convicted me.”


The conviction was handed out by the Chief Magistrate of Kitgum, Hussein Nasur Ntalo, on Thursday, July 4th.
On Kumuhangi’s release, Lakot, the mother of the baby, shared that the most recent results showed that her baby is HIV negative. Lakot, nevertheless, said she was not happy with the High Court’s ruling, but the baby’s maternal grandmother, Rose Oryem, said they would not challenge the court’s decision.


HIV Criminalization in Uganda
Komuhangi’s story was covered by leading media houses in the country, including the Daily Monitor, the country’s leading independent media house. It caused a public uproar in a country whose laws make it a crime to “willfully and intentionally” transmit HIV and also give the legal right to medical staff to disclose a patient’s HIV status to others without his or her consent.
In fact, Komuhangi is not the first convict as a result of those laws. In 2014, a 64-year-old nurse in Kampala, Rosemary Namubiru, was accused of injecting a toddler with her HIV-positive blood in the process of administering treatment.
Namubiru was put on trial amid pressure from several local and international organisations, including the Global Commission on HIV and the Law, who castigated the quality of the media reporting in the immediate aftermath of her arrest.


“The media engaged in unabashed and unverified sensationalism. Rosemary was branded a ‘killer,’ guilty of maliciously and intentionally attempting to transmit her own HIV infection to a child,” said the Commission’s statement.
“Subsequent to those allegations, the baseless rumour-mongering escalated: various news reports branded Rosemary a fiendish serial offender; a nurse who was mentally ill; a nurse without credentials…. Sadly, we’re convinced that the charge was originally laid because of the media frenzy,” added the statement.

Taking Action Against HIV Criminalization
When Komuhangi’s case hit the media headlines, it took a similar tone to that of Namubiru. As a result, it caught the eye of the Uganda Network on Ethics, Law and HIV/AIDS (UGANET), a non-governmental organisation whose goal is to advocate for the development and strengthening of an appropriate policy, legal human rights and ethical response to HIV/AIDS in Uganda.


Owomugisha, who is the UGANET head of advocacy and strategic litigation, says cases that involve HIV are not subjected to sufficient rigor, with sentiments often carrying the day at the expense of proper investigation, prosecution, and objectivity in court.
“Most convictions are based on unfair, inaccurate and overblown facts,” she says. “The media usually joins to hype up stories [and] this sensationalism crowds out good judgment, resulting in a miscarriage of justice.”
Speaking particularly about Komuhangi’s case, Owomugisha said the media continued a pattern of HIV criminalization by condemning the suspect even before the initial trial.


“Several media houses were set on the loose name-calling such as “murderer and killer.” The media buzz was everywhere, including on the radio airwaves for days. This undressed Komuhangi of all dignity,” she said.
UGANET decided to offer legal representation to Komuhangi, resulting in a swift appeal against her conviction. Within two months from the first time the appeal was first lodged before the Gulu High Court, she had regained her freedom.
Justice Stephen Mubiru, who handled the appeal, quashed the conviction, saying that forensic tests showed that DNA traces found on the cloth that Komuhangi used to wrap the baby belonged to her but did not contain any blood.
“I could not find any connection between her piece of cloth and the blood said to have been injected into the baby because the swelling found on the baby could have been a mere rash,” he added, according to a detailed report in the Daily Monitor newspaper.


Another of Komuhangi’s lawyers, Louis Odong, said the ruling sent a message to people who criminalize HIV victims not to engage in the practice while Owomugisha added that the court’s decisions had restored “dignity to Sylvia Komuhangi and many like her.”
“We commend the court decision for setting an example that if courts scratched below the surface news, they would realize HIV positive status alone does not equate to malicious intent,” she said.


The Way Forward
The Executive Director of UGANET, Dora Kiconco Musinguzi, whose organisation works with 32 other HIV law and human rights groups, said the criminalization of people living with HIV, not only undermines the HIV response by compromising public health and human rights but that there is also no evidence of benefit from those laws.
“As a community of HIV actors, we remind the nation that we cannot end AIDS, or reach epidemic control with HIV criminalization coupled with heightened HIV discrimination. Human rights and dignity need to be accorded to all. We need to stop stigma and end HIV criminalization,” she stated.


Kiconco said that in light of court’s decision, the community of people living with HIV and organisations that UGANET works with recommend that the Constitutional Court should fast track the hearing of Petition No. 24 of 2016, through which their issues were presented to the country’s second-highest judicial organ for interpretation.
“More lives continue to be adversely affected by the HIV criminal law. Justice delayed is justice denied,” she added.
Kiconco also called on Parliament to re-visit the HIV criminal laws with a view to law reform as


“some of the laws are unfair, vague and will encourage trumped-up charges often.” She said the law had been diverted from its original intent to create an environment where HIV is criminalized and where complications arise for persons living with HIV.


The final appeal from Kiconco was directed to actors at all levels of the justice sector to increase rigor while handling HIV-related cases and to the media fraternity to exercise restraint while reporting on matters regarding the HIV criminal law.
“Our Constitution espouses a key principle – innocent until proven guilty. Abusing victims with names such as ‘monster and murderer’ is wrong. This jeopardizes their chance for a fair hearing,” she emphasized. 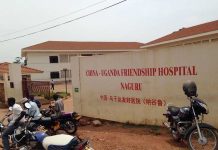