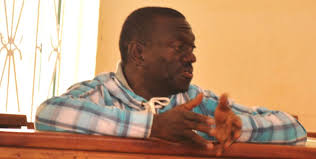 High Court Judge Wilson Musalu Musene said the court is verifying the grounds for Besigye’s bail application and that the ruling will be heard on Tuesday.

As Dr Besigye was brought to court from Luzira for the length of the bail hearing, traffic flow in the city because several roads around the High Court were closed by security officials.

The same is expected when the four-time presidential candidate returns to court on Tuesday.

Whenever Dr Besigye is brought to court from Luzira, or each time he appears in public in the city, security officials become edgy and block access to certain roads in order to stop his supporters from making processions, which could lead to protests.