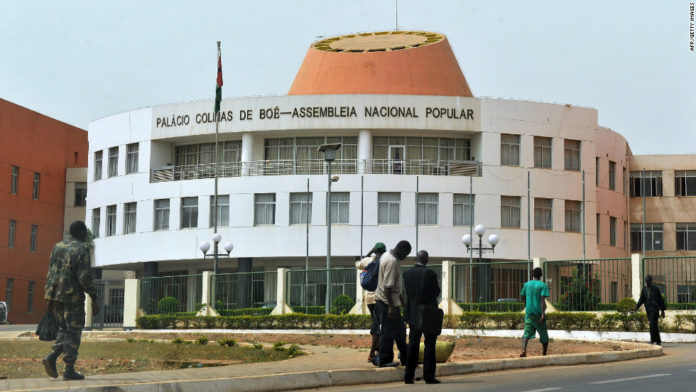 Guinea Bissau’s parliament met Thursday for the first time in nearly two years after the appointment of a consensus prime minister to end a dragging political crisis.


The tiny West African former Portuguese colony has been in the grip of a power struggle since August 2015, when President Jose Mario Vaz sacked his then prime minister Domingos Simoes Pereira.
Vaz has since nominated several prime ministers but he has failed to gain the support of political parties. But this week he appointed Aristide Gomes as premier, whom he described as a “consensus” candidate.

Gomes is supposed to lead the country until legislative elections in November.
The special session of parliament is due to debate, among other things, the extension of its own mandate — which expires on April 23 — until the election.
The parliamentary session began amid tight security and with an impassioned call for a return to normalcy in a country which has also been wracked by coups.