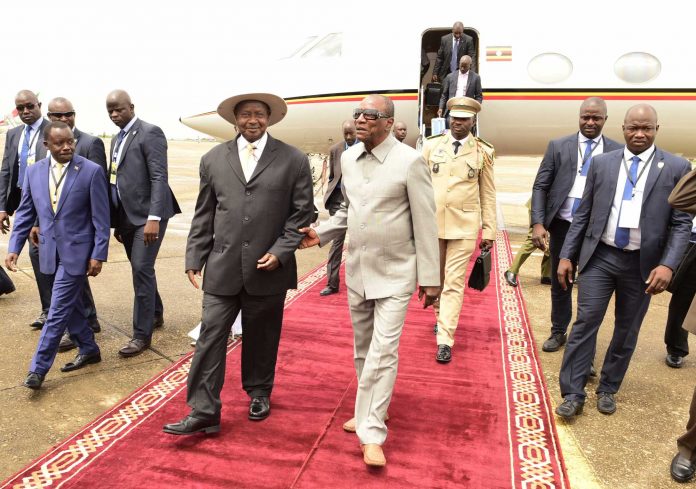 Several people have been killed in Guinea during demonstrations called to oppose a possible change to the constitution that could allow President Alpha Conde to extend his rule.


Police fired tear gas and live bullets to disperse thousands of opposition supporters, civil society groups and trade unionists gathering to protest against a bid by the president to extend his time in office..
Conde’s second and final five-year term expires in 2020 but the 81-year-old leader has refused to rule out running again and asked his government last month to look into drafting a new constitution.

Last month, the president called on the public to prepare for a referendum and elections, stirring speculation that he is planning to overcome a constitutional bar on a third term.
Opposition leader Cellou Diallo, who came second behind Conde in the 2010 and 2015 presidential elections, told reporters that four protesters had been shot dead in Conakry. He said that at least 38 people had been wounded in Conakry and Mamou.


“We encourage citizens to continue to demonstrate – today, tomorrow, the day after tomorrow – until our legitimate demands are satisfied,” he said. “We need a clear, firm and irrevocable declaration from Alpha Conde renouncing a third term.”


The 81-year-old became West Africa’s first democratically-elected president in 2010, ending two years of military rule and raising hopes for democratic progress in Guinea, which was governed by President Lansana Conte for nearly a quarter of a century until his death in 2008.


Conde was an opposition leader during Conte’s rule, but his own tenure has been marred by a crackdown on protest