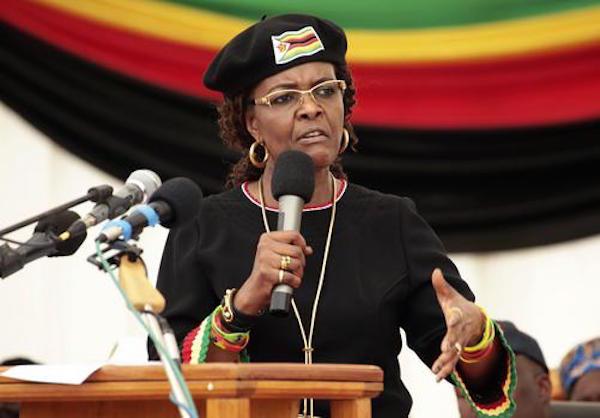 Zimbabwe’s First Lady Grace Mugabe is suing a Lebanese businessman for failing to deliver a $1.35m (£1m) diamond ring, the country’s state-run Herald paper reports.
Jamal Ahmed is reported to have provided Mrs Mugabe with a ring worth $30,000 instead of the one she ordered.
It is the latest in the legal saga over the 100-carat ring that was meant to be President Robert Mugabe’s present to his wife for their 20th wedding anniversary.


Last year, Mr Ahmed took the first lady and her son from her first marriage to court after they seized three of his properties in a dispute over the ring.
He said in court documents at the time that Mrs Mugabe had demanded a refund after the diamond ring, purchased in Dubai, was delivered to her after it had been polished by a third party.

When he failed to repay the money to an account in Dubai, even though he says it was remitted through a Zimbabwe bank, the first lady forcibly took over his houses.
Mr Ahmed said he had suffered a “reign of terror and harassment” and was “verbally threatened, harassed, insulted” and told that he could not do anything about it “as the parties involved [Mrs Mugabe and her son] were in fact ‘Zimbabwe'”.


Last December, a judge ordered Mrs Mugabe to return the seized property.
Now she is suing Mr Ahmed, who has a Zimbabwean residence permit and businesses in the country, for $1.23m if he fails to settle the alleged debt.
BBC
read: Robert Mugabe’s wife donates used Knickers, Underwears to Party supporters