Home Politics Govt. to spend 197M on MPs –to connect to Facebook, WhatsApp 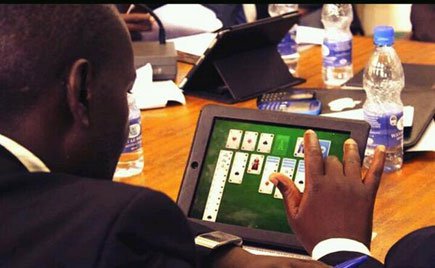 Parliament on Thursday awarded MTN-Uganda a contract worth shs. 197 million to provide monthly 5GB data worth shs. 3, 6000 shillings for each of the 458 Member of Parliament
The figure also includes the Over the Top (OTT Tax).


This means Parliament will spend about Shs197.8 million annually on social media tax and data bundles. MTN Uganda emerged the best bidder beating Africell and Airtel.
Last month, MP’s increased their allowances by 39 per cent and that of parliamentary staff by 15 per cent, citing rising costs of living.


Other benefits for MPs

Each MP is entitled to a consolidated pay of anywhere between Shs20 and 25million (subject to income tax), a one-off car grant of 103 million or more, monthly gratuity of 30 per cent for MPs and 40 per cent for ministers, medical insurance cover, wardrobe grant of about Shs50m or less depending on individual needs, a furnished office and a Shs2.6m iPad for each legislator.


There is also town running allowances of about Shs1 million. Whenever a member travels abroad for benchmarking or on official duty he or she receives $520 per day (Shs1.75 million) and for inland travel, each gets Shs150,000 per night/day.
The MPs are also entitled to borrow free from their pension fund instead of suffering with the high interest rates charged by commercial banks in the open market.