Home Business Government to create 30,000 jobs by end of this year 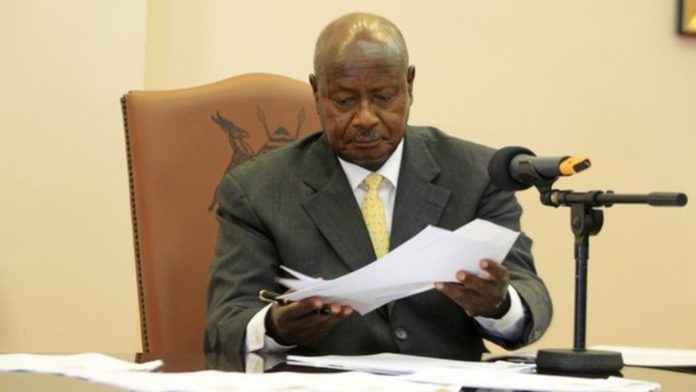 
Uganda’s economy is set to receive 260 million dollars in foreign direct investments from China. The investments will involve establishment of the first ever East Africa China Trade, Manufacturing and Exhibition centre that we bring together all Chinese businesses in one location and facilitate inbound and outbound trade and manufacturing. According to a statement issued by State House.


The second project will be to set up a modern beef processing plant and export beef to China. The other major project is targeting to setup a rapid bus transportation system to decongest Kampala by bringing in 400 buses, construction of infrastructure such as bus lanes, parking facilities, bus terminals and stages.
The investments will create 30,000 jobs and are expected to contribute US one billion dollars annually to government revenue. It’s is expected that ground breaking will be August 2017.


President Museveni endorsed the projects and assured the investors of his full support to provide the necessary incentives required to get the projects to them off the ground.
He authorized the signing of the necessary protocols to establish the framework for engagement between government officials, the Chinese government and the investors.
The President also instructed the Ministries of Lands, Kampala, Finance, ICT, Works, Trade Agriculture and Attorney General’s office to expedite all the required tasks to facilitate these important projects.

On the decongesting Kampala, the President said that he will personally take a lead on this and engage all the stakeholders to embrace the bus project that will allow participation from all parties.

The investments were facilitated by the Nile Competitiveness Initiative, a Presidential Advisory Group, that was set up by President Museveni, to advise on ways that will create competitiveness, attract private capital and investments in the economy, identify gaps in government policy frameworks and develop new ideas that will improve the business environment in the Uganda.


The investments were signed off under a Cooperation Agreement on Saturday at State House before President Museveni, witnessed by the Chinese Ambassador to Uganda Mr Zheng, and attended by Mr Stephen Kaboyo, Chairman of the Presidential Advisory Think Tank. Mr Ji Xiao Jie, Mr Xi Wen Da, and Mr Wang Shu Jun, the principal investors.

” These investments are very strategic. the beef export project opens up the Chinese market, it is a milestone as we explore new markets for Uganda’ exports. China is a huge consumer market and breaking into it has enormous benefits for Uganda.’’ Said Stephen Kaboyo.


He added: It will narrow the gap in terms of the trade imbalance between Uganda and China. On the East African Trade Centre, the 200million USD investment, with the potential to create 30,000 jobs, significant government revenue. And having Chinese businesses in one trade centre, this investment will promote and strengthen trade ties between the two countries.


READ: Where are Uganda’s graduates?