Home Environment Global warming: It seems we are already burning in Uganda
- Advertisement -

Three years ago, the science community said if we continue the output of carbon at levels we emit today- we are going to hit a Tipping Point-. Two degrees Celsius warmer by end of this century. If the globe warms beyond two degrees – it is no longer safe to be human!

A new dynamic has emerged. The scientists are saying the three-year ago projection was wrong- especially if the world continues to burn fossil fuels at the rate it does now.

There is a revision – we are going to hit 2 degrees Celsius by 2026!-Probably we will all be alive by 2026-But most surely, my children, your children won’t be dead. What a world will they inherit? What kind of a world are we going to bequeath them? When the earth heats up- when oceans die, we die! This is not an ideology. This is not an opinion. This is science.

It seems we are already burning here! When I was travelling from Kampala, I saw photos of barren, premature dry maize fields in Kamwenge and other surrounding places.

I imagined what went through mind of those farmers who deployed their energy, scarce resources and hopes in the harvest they expected. They had perhaps secured high interest loans to invest in their farms! What a loss, what a monumental risk to hedge fortunes on nature. Mostly it is those with capacity to harness nature, to adapt and govern nature that transcend and build resilient societies. I hope crop insurance recently launched by President Museveni will be quickly operationalized to cover farmers in the above situations.

But even with the above situations, there are folks around the world who believe climate change is a hoax, a façade and unreal. It these folks who almost failed the Paris Climate Change accords, who continue to disrupt implementation of these accords- and cause disruptions that have led countries to default on their emissions reduction targets and other commitments. Let them visit Fort portal and other places- and see if they will remain climate change deniers – Even the hurricanes and Tsunamis are yet to change them! 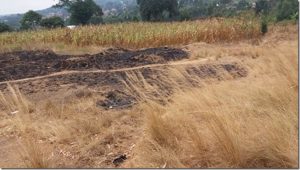 I strongly hold that adapting to climate change requires environment integrity. It is the integrity of our values and actions that will make us as a people navigate the winds of uncertainty, cope with changes in climate and prevail. Our historical role as a people to protect, rest and restore the environment is a Biblical Duty and a command of God.

In Leviticus 25:1-55 ; The Lord spoke to Moses on Mount Sinai, saying, “Speak to the people of Israel and say to them, When you come into the land that I give you, the land shall keep a Sabbath to the Lord. For six years you shall sow your field, and for six years you shall prune your vineyard and gather in its fruits, but in the seventh year there shall be a Sabbath of solemn rest for the land, a Sabbath to the Lord. You shall not sow your field or prune your vineyard. You shall not reap what grows of itself in your harvest, or gather the grapes of your undressed vine. It shall be a year of solemn rest for the land”

There is growing pessimism around the world- especially in developing world. There is a covert logic, a dynamic, that mitigating climate change is hard- because drivers of emissions are largely outside our borders.

The greatest polluters on earth remain China and United States of America. That for Africa, for Uganda in particular to develop we have to industrialize – and perhaps emit more! Whereas this logic holds some truth, its is condescending and an escape from exercise of leadership. Efforts at adaptation must be balanced with mitigation.

We can surely industrialize without polluting our environment. The smog in Kampala city is getting to worrisome levels. We have to do something. Great nations and great leaders at all levels must come together and solve this problem- not at expense of development.

The National Environmental Management Authority (NEMA) annual status reports present grim picture of the environment in Uganda. For example, by 2010, the total forest stock had decreased from 3.6 million hectares in 2005 to 3.3 million hectares, accounting for loss of about USD 129.3 million per year.

By 2011, the economic cost amounted to USD 819,178,400, a trend attributed to the rising population and demand for arable land for cultivation. Looking at this trend, words of Edward O. Wilson come to mind; he famously said “Destroying rain forest for economic gain is like burning a Renaissance painting to cook a meal.” For those that love classic and legacy art, you know what I am talking about.

The foregoing is despite of the growth, in recent years, of a body of laws and policies aimed at preventing and reversing the evolving environmental crisis in Uganda.

We can no longer blame our deepening predicament to absence of laws. Article 39 of the Constitution of Uganda provides for the right to a healthy and clean environment. 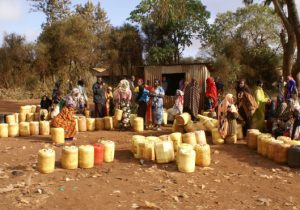 On the face of it, Uganda has moved a great distance towards providing a sound policy and legislative framework for environmental protection. The issue however, is whether these policy and legal claims are well integrated in Uganda’s investment policy.

In fact, Article 245 of the Constitution states that Parliament shall, by law, provide for measures intended to:

(1) Protect and preserve the environment from abuse, pollution, and degradation;

(2) Manage the environment for sustainable development; and

The article therefore stipulates that the utilization of Uganda’s natural resources shall be managed in such a way as to meet the development and environmental needs of present and future generations of Ugandans, and, in particular, the State shall take all possible measures to prevent or minimize damage and destruction to land, air, and water resources resulting from pollution or other causes.

At all levels, we have the enabling laws- marshal will and lead- because leaders lead. The time is now. 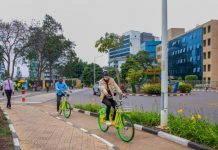 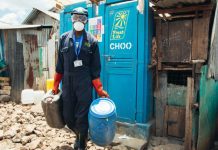 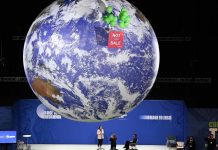