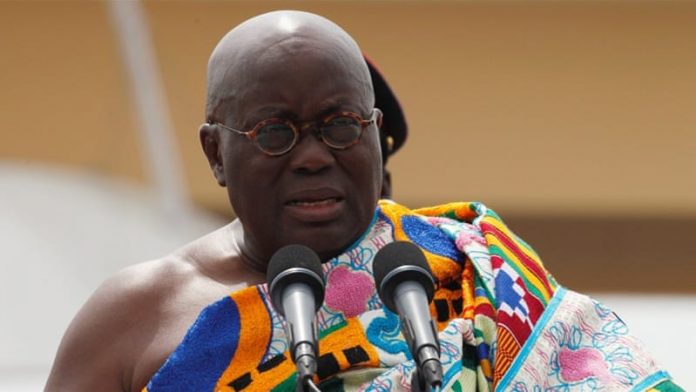 Ghana’s President Nana Akufo-Addo has announced that his government will pay peoples’ water bills for the next three months as the country tries to combat the spread of coronavirus.


Washing hands with soap and water is considered one of the best ways to prevent the transmission of the virus.
As at 4th April 2020, a total of 214 cases of COVID-19 with five (5) deaths were recorded. Most of the cases are reported from routine / enhanced surveillance activities.
Last week, Ghana started a two-week lockdown in three cities – Accra, Tema and Kumasi – that were identified as hotspots for the spread of the virus.

In a televised address, President Akufo-Addo said the government has urged the utility companies to ensure a consistent supply of water and electricity and restore any disconnected accounts.
Water-supply tankers will also be made available to provide water to vulnerable communities.
in the other news, Rwanda’s cabinet ministers and top officials will donate their April salaries to the fight against the coronavirus epidemic


A statement from the prime minister’s office said other officials who will give up their salaries are leaders of national institutions and top government officials.
The tiny east African nation has so far recorded 104 Covid-19 cases.
The government has started distributing food to citizens who had been relying on receiving pay every day. They have been affected by rigid restrictions imposed during a lockdown that is due to end on 19 April.


Covid-19: the worst yet to come
A recent report by the United Nations Economic Commission for Africa (Uneca) revealed that the worst is yet to come. The report says unfolding coronavirus crisis could seriously dent Africa’s already stagnant growth, with oil exporting nations losing up to US$ $65 billion in revenues with crude oil prices continue to tumble.


McKinsey & Company has published forecasting for Nigeria, South Africa and Kenya, and the results are disturbing.
For Nigeria, the report says, In the least worst-case scenario (contained outbreak), Nigeria’s GDP growth could decline to 2.5 per cent from 3.4 per cent in 2020—in other words, a decline of nearly six percentage points. Looking at the financial impact, a decline of six percent would equal a reduction in GDP of approximately $20 billion.


In South Africa, A contained-outbreak scenario could see GDP growth fall to 0.8 per cent from 2.1 per cent, representing a reduction in GDP of roughly $10 billion.
in Kenya, east Africa’s economic power house, under a contained-outbreak scenario, GDP growth could decline from an already reduced 5.2 per cent accounting for the locust invasion earlier this year, to 1.9 per cent. Best case scenario, Kenya is looking at a reduction in GDP of $3 billion.