Home Politics Gen Muhoozi speaks out on Kony: We fought them for 20 years,... 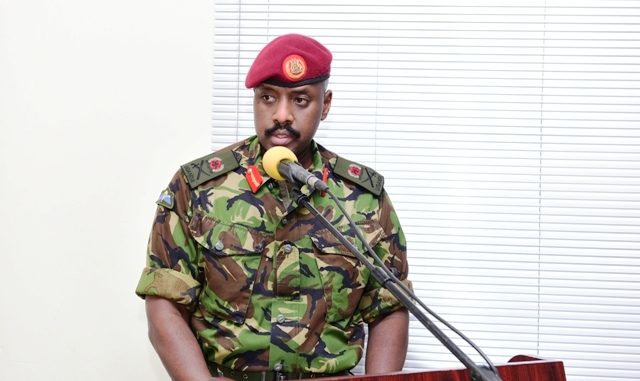 The first son, Lt Gen Muhoozi Kainerugaba, as he promoted the movie “Kony: Order from above”, on Monday said that even though they defeated Joseph Kony and his Lord’s Resistance army (LRA) rebels, ‘ they were good soldiers’


‘ ‘We fought them for 20 years (in different guises), from 1986 to 2006 when we finally defeated them. They committed unspeakable atrocities against the people of Northern Uganda but there is no denying they were great soldiers. ‘’
‘ ‘Go out and watch ‘Kony: Order from Above’ on 26th September’’ the Senior Presidential Advisor in charge of Special Operations said in tweeted

Set in the heart of the brutal LRA war of Northern Uganda, Kony: Order From Above, film follows the story of two young abductees and lovers who must fight to keep their love alive amid chaos and horror.

We fought them for 20 years (in different guises), from 1986 to 2006 when we finally defeated them. They committed unspeakable atrocities against the people of Northern Uganda but there is no denying they were great soldiers. Go out and watch 'Kony:Order from Above' on 26th Sept. pic.twitter.com/BhETIbsbCa

This is from a militants point of view. A militant that was part of the counter-insurgency operations against this particular rebel outfit(LRA). So the good General @mkainerugaba calling them ‘great soldiers’ is based on combat experience nd the set of skills the rebels possessed https://t.co/denk2iXDmr


It's a common practice for soldiers just like footballers to appreciate or commend their opponents especially if they put up a good display of skill. https://t.co/T3njkO0VrO


Some of the people commenting here r nt understanding the context in wc Muhoozi said this. I personally agree with his statement because those guys where really great army Wise. I mean those guys stack with their commander pakalast N up to date some of thm r stil with him fightin

Do not confuse 'Soldiering' with an ideology. LRA had very tough and good soldiers but their ideology was bad. That's why the UPDF absorbed many of them in different Army units. The General said they committed atrocities but were good in the business of soldiering.