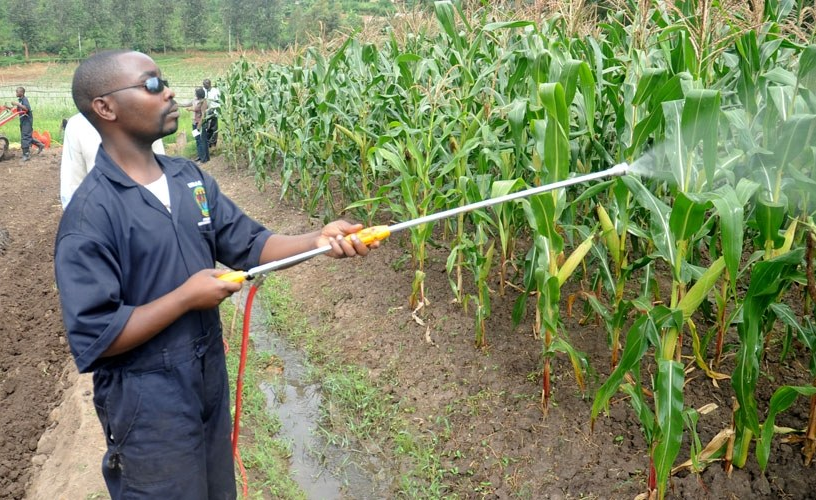 Making agriculture profitable and “cool” for young people in Africa is key to lifting millions out of poverty and stemming migration to Europe, said the president of the African Development Bank (AfDB)- Akinwumi Adesina
Akinwumi Adesina was named the winner of this year’s World Food Prize on Monday for his decades-long work to boost food production in his native Nigeria, increase access to credit for small farmers across Africa and transform the continent’s agriculture.


Almost 30 percent of the 795 million people in the world who do not have enough to eat are in Africa, according to the U.N. Food and Agriculture Organization (FAO).
“When I look at Africa today I see that many rural areas unfortunately have become zones of economic misery,” Adesina told Reuters
No sector has greater potential to revive those areas than agriculture, but investments are needed to make it attractive for young people, many of whom risk their lives migrating in search of better opportunities in Europe, Adesina said.

“We must make agriculture cool for young people. The key is to make agriculture a business. Agriculture is not a way of life, is not a development activity, it’s a business.” He said
Africa has 65 percent of the world’s uncultivated arable land but imports food for $35 billion every year, a bill that is expected to swell to $110 billion by 2025, he said.
Uganda’s agriculture at crossroads?
However, Agriculture in Uganda today stands at a crossroads because of a multitude of deep-rooted unresolved challenges within the sector, whose cumulative impacts are becoming so fundamental to amount to a real crisis.
The low production and productivity in the agriculture sector is a reflection of failure of institutions to effectively: develop and transfer improved technologies, effectively implement publically supported input distribution programs, and to spur value addition.


It is clear that some very critical institutions in the agriculture sector are overburdened and are ill equipped in terms of financial and human resource to equal the increasingly challenging mandates.
Focusing on institutions, many questions remain unanswered, for example: how effective are the institutions responsible for ensuring that the agriculture sector performs satisfactorily, especially those in charge of strategic export commodities like coffee?


And here is evidence to show that Uganda’s agriculture at crossroads: Limited annual growth in agricultural GDP a measure for wealth creation in the recent last 10 years (2005-2015); absence of agricultural policies policies to smoothen vulnerability to external shocks especially rainfall and other pandemic epitomized by the high volatility in the recorded annual agricultural growth rates.


Read: Where are Uganda’s graduates

The other dimension to limited presence of agricultural policies in directing programs is reinforced by stagnations in strategic export sectors (coffee and tea); an Prove of selective execution of sector policy objectives as opposed to a holistic approach

READ: How to transform Uganda’s agriculture