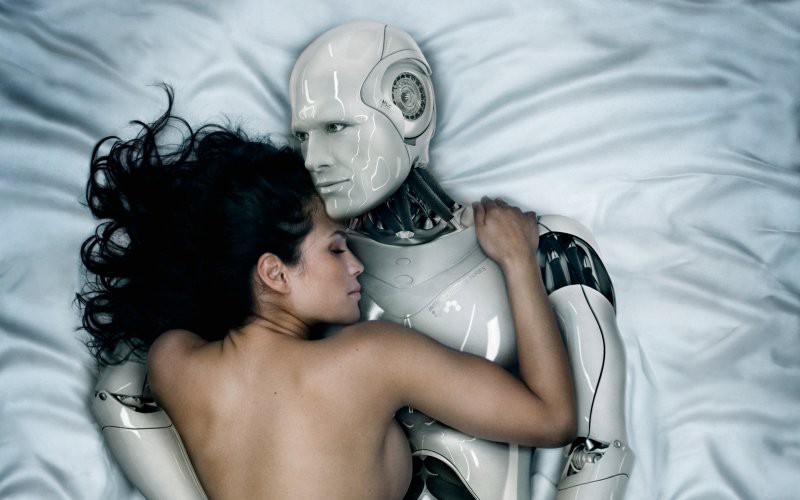 To cope with the unpredictable impact of rapid technological advances, economies and societies have to overcome fear of the future and the lack of trust in leaders and embrace inclusion, collaboration and the willingness to fail and forgive.

“The Fourth Industrial Revolution will be heralded by amazing new technologies,” said Marc R. Benioff, Chairman and Chief Executive Officer of Salesforce, USA, in the closing session of the Annual Meeting of the New Champions 2016.

“This can be scary for a lot of people. But these technologies are never good or bad; it is what we do with them.”

“The greatest danger we face in this world is the deep, deep fear that people feel about the future,” added R. May Lee, Dean of the School of Entrepreneurship and Management at ShanghaiTech. “If we want to encourage people to innovate, we need to be forgiving of people who make mistakes.” This is a cultural challenge in the age of unrelenting and sometimes intolerant social media. “Forgiveness should be fundamentally part of the human condition if we want people to overcome their fears,” Lee told participants. Added Benioff: “It is not always appropriate or encouraged to speak out. You have a lot of people around looking at you to make a misstep. But in today’s world, there is no room for fear.”

Yet paralysing fears are hard to overcome in times of great uncertainty and volatility. “Leaders must be much clearer, stronger and more articulate in explaining how they look at the future,” Benioff reckoned. “There is a crisis of trust in the world today. That can only be answered by direct leadership.” At the same time, he observed, leaders have to project an inspiring long-term vision, as China’s leadership has done, as the country faces the challenge of transforming its economy amid significant downward pressures.

Leaders must also be nimble and resourceful, said Annual Meeting of the New Champions 2016 Co-Chair Navdeep Bains, Minister of Innovation, Science and Economic Development of Canada. “Governments by nature are not designed to be agile. It’s very difficult to keep up with the scope and speed of change.” To be responsive, a government can wield its considerable convening power to harness inclusion and diversity to produce innovative approaches to problems. “The challenge is not that the Fourth Industrial Revolution is taking place, but that the benefits should help the many and not just the few,” Bains explained. “Innovation boils down to one key element – people. Diversity is so critical.”

Diversity and inclusion will ensure that different perspectives are heard and taken seriously. “The danger is that we fall into narrow universes and talk only to people who agree with us,” said Lee. She teaches her students to question every aspect of what they hear. “We have to teach that skill to identify issues and ask questions at every level,” she argued. Having the right culture that fosters collaboration is important. “I have many students who think culture is something that they just walk into and are not involved in changing,” Lee said. Yet, as Bains put it, “you can have all the ideas and tactics but, if you don’t change the culture, you won’t succeed.”

The collaborative model has its pitfalls, warned Feike Sijbesma, Chief Executive Officer and Chairman of the Managing Board of Royal DSM in the Netherlands, who was also a meeting Co-Chair. “The risk is that we collaborate as elites.” He called on young people facing the challenges posed by the Fourth Industrial Revolution do three things: “Dare to lift anchor, dare to focus on the long term, dare to share with other people.”

The World Economic Forum convened the 10th Annual Meeting of the New Champions under the theme The Fourth Industrial Revolution and Its Transformational Impact. More than 2,000 science, technology, business, government and civil society leaders from over 90 countries participated in more than 200 sessions over three days. Participants included 44 Young Scientists under the age of 40 who are globally recognized for advancing the frontiers of science, engineering or technology in areas of high social impact.

Also at the meeting were members of the community of Technology Pioneers. In Tianjin, the Forum announced the newest additions to this group of groundbreaking innovators, which in the past has included companies such as Google, AirBnB and TransferWise. This year’s additions include disruptors in the health, financial and agriculture industries – BlockChain, Cellectis and Farmer’s Edge. Other participants in the Annual Meeting of the New Champions included members of the Forum’s communities of Social Entrepreneurs, Global Shapers, Young Global Leaders and representatives from the fields of arts, culture and sports.

In his keynote address at the opening plenary, Chinese Premier Li Keqiang assured participants that China has made significant progress in transforming its economy through structural reforms. He said that China is continuing its shift to a consumption-driven, innovation-led economic model and is on track to meet its goal of stable and sustainable growth between 6% and 7%. Despite significant downward pressures on the economy and challenges including debt, overcapacity and the need for further reforms, China will not have a hard landing, Li asserted. The premier stressed the importance of promoting new drivers of growth, supporting new industries and upgrading traditional sectors.

During the meeting, the World Economic Forum released its annual list of the Top 10 Emerging Technologies, which include next-generation batteries, perovskite solar cells, self-driving cars and open artificial intelligence. Selected by the Forum’s Meta-Council on Emerging Technologies, the list includes innovations that are driving change in the Fourth Industrial Revolution and have the potential to transform industry and society. The Forum also launched the Human Capital Report, an analysis of the progress that 130 countries have made in developing and deploying the talents of their people. The report’s key finding is that the world currently harnesses only 65% of its people’s potential.

Organized by the World Economic Forum, China’s Ministry of Environmental Protection and the China Centre for International Collaboration on Environment and Development, a workshop on the implications of the sharing economy for jobs, growth and the environment kicked off a new partnership to explore the issue. Participating in the meeting were Travis Kalanick, Chief Executive Officer and Co-Founder, Uber, USA, and a Co-Chair of the Annual Meeting of the New Champions 2016; Cai Chaolin, Vice-Mayor of Guangzhou; and Song Xiaozhi, Deputy Director General of the Department of International Cooperation in China’s Ministry of Environmental Protection.

Also at the meeting, the World Economic Forum introduced the Value in Healthcare project, which aims to improve performance measurement and payment models to support better access to care and financial sustainability of providers. EYElliance, a multistakeholder initiative supported by the Schwab Foundation for Social Entrepreneurship, launched a scheme to help the 2.5 billion in the world that need eyeglasses but do not have access to them.

In Tianjin, senior officials from China and the European Union met in advance of the July EU-China Summit to discuss how cooperation on technological innovation can reinforce bilateral ties.

An agreement was announced between the People’s Government of Beijing Municipality and Dutch artist Dan Roosegaarde to bring to China his Smog Free Project, a tower that cleans air at the nano level, to raise awareness of the challenge of air pollution.

The virtual reality film Collisions by Australian artist Lynette Wallworth, which looks at climate change and indigenous people’s traditions, had its Chinese premiere at the meeting.