Scientists have discovered how flu viruses ‘hijack’ cell machinery when they infect the body. The findings, published in the journal Nature, may pave the way for more effective antiviral treatments for pandemics and for seasonal flu, which infects over 800 million people worldwide every year.

They found that a particular host protein – called ANP32A – which is also found in human cells, acts as an ‘insider’ and helps the virus replicate once the virus has gained entry into the cell. Bird flu viruses can’t use the mammalian ANP32A unless they carry a particular mutation.
As well as understanding how bird flu viruses can make the jump from birds to humans, scientists can now also explore whether it is possible to develop drugs that target this human protein, to prevent the flu virus replicating.

Professor Wendy Barclay, from the Department of Medicine at Imperial and senior author of the study, explains: “All human flu viruses in the world originally came from birds. However, luckily for us, viruses don’t often jump from birds to people because the virus can’t replicate in our cells. When they do transfer to humans, it’s because the virus mutates in a number of ways. This enables it to gain a foothold inside the cell, and hijack the cell machinery to replicate.
“Up until now, we haven’t understood why the bird flu virus has to change in order to hijack

the human cell machinery. Our research showed this is all due to a cell protein called ANP32A.”
To find this essential host factor, the Imperial Collegeteam used hamster cells carrying fragments of chicken DNA and tested whether the virus was able to replicate inside them. As this virus cannot normally infect mammalian cells, the team deduced that any hamster cell in which the virus replicated, must contain the avian protein the virus requires.
After observing which cells the virus replicated in, the researchers then analysed which chicken genes were present to identify the protein. They then realised the same protein existed in humans, but that the mammalian versions were all shorter than the equivalent bird proteins. Bird flu viruses can’t use the mammalian protein unless they have a mutation that adapts them for the shorter version, which is why most bird viruses cannot infect humans.
Further experiments revealed that the human ANP32A protein was crucial to the seasonal flu virus replicating in human cells.

Jason Long, lead author of the study also from the Department of Medicine, added: “Our experiments also showed that removing this host protein from cells stopped virus infection, suggesting it is very important for the virus. The next stage is to start investigating treatments that may block this specific interaction between virus and cell, with the hope of stopping the virus in its tracks.”

Imperial College London is one of the world’s leading universities. The College’s 14,000 students and 7,500 staff are expanding the frontiers of knowledge in science, medicine, engineering and business, and translating their discoveries into benefits for society.

Founded in 1907, Imperial builds on a distinguished past – having pioneered penicillin, holography and fibre optics – to shape the future. 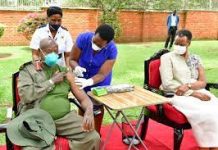 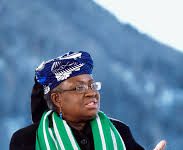