Competition in the fast foods industry is taking a new twist-new entrant –KFC is partnering with telecommunication companies to update her clients on the ongoing discounts at the nearest KFC outlet.

Through this partnership, KFC will send an SMS alert to her clients informing them of the ongoing discounts. The KFC is fast becoming a king in the industry with six outlets so far and growing.

These KFC outlets are strategically located to target the middle class. The company has heavily invested in branding and securing strategic spots. Analysts put KFC’s capital investments to not less than US$ 3m.

Behind the growth of these firms is the growing middle class, corporate class, most of whom are either single, married with no kids, work in corporate companies with no time to cook. They prefer to buy take-away.

In what could be described as a move to take on KFC head-on, local fast food firm- Chillies has hatched a plan to open up more than ten new outlets in strategic spots. The plan also involves refurbishing the existing outlets to match the changing environment.

Is it worth investing in industry?

As the industry becomes more competitive and as the firms increase their investment, the question remains, whether it is worthwhile the investment.

The industry is said to be facing high operation costs. Power is said to be taking the lion’s share of the total costs. Reports indicate some player’s spent between four to eight million Uganda shillings to utility company Umeme monthly.

The other heavy costs include gas- (used to prepare non oil foods). On average firms use Ugx. 5m per month on gas. The firms also have to bear with variation in prices of Irish potatoes, cooking oil and high rent particularly for strategic locations.

Industry reports indicate fast food firms on average make gross total revenue of Ugx. 30-50m but 70 percent of this is eaten into by operation costs.

The current players can be classified into five categories. The first category consists of Café Java’s, Java House, the defunct Nandos and Cafessseries.

This category targets the high end markets which includes expatriates. The category is most profitable of all because the target market has disposable incomes.

The second category, which is also most competitive, includes KFC, Chillies, Mr. Tasty, Hungry Lion, and Bonaparte. This group targets the middle class.

The other category has Chicken Tonight, Taste Buddies and host small players in town. The firms in this category mainly targets workers and their prices are relatively low.

The last category is the roadside players-these serve the low end-and are said to be making a killing since their costs are very low besides customers don’t mind about quality.

According to experts, with more Ugandans beginning to appreciate quality, innovation will be key in determining winners and losers.

Already some players are importing nearly everything they using. This does not only help them maintain standards but also help cut on costs since these products are cheaper in their home countries. 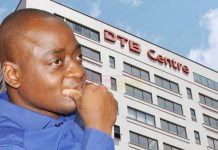