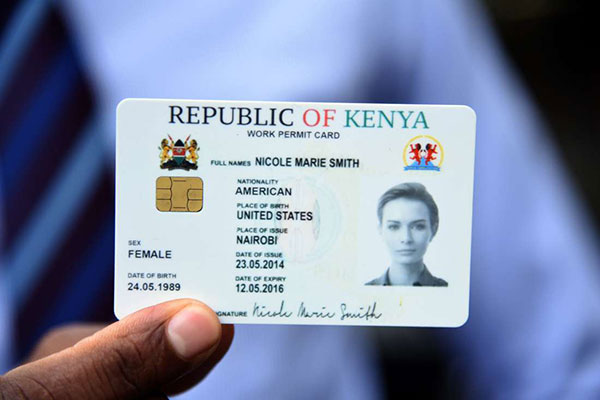 Expatriates working in Kenya have 60 days to update their details with the Ministry of Interior as the government intensifies its crackdown on foreigners working in the country illegally.
The ministry’s Department of Immigration Services Monday begun the exercise also meant to weed out foreigners holding jobs that can be done by locals.


The ministry now requires expatriates to verify their details at the Directorate of Immigration using valid work permit, an official endorsement on the passport, Alien ID and Kenya Revenue Authority (KRA) PIN. Those that fail to do so face a jail term.
“The verification exercise, which will be ongoing for the next 60 days, shall be used to rid the country of illegal and undocumented workers by according them an opportunity to standardize their papers. Those who fail to do so within this period will be jailed,” said Interior secretary Fred Matiang’i, adding that the government remains committed to ensuring that the highest immigration standards are enforced in order to safeguard the interest of Kenyans against foreign workers operating in the country illegally.

Electronic cards
The ministry is also preparing to issue foreigners with foolproof electronic cards as work permits to reduce the paperwork and to improve efficiency.
The new system will also provide the Immigration Department with the necessary statistics on the number and categories of permits issued to foreigners working locally.


Deloitte East Africa Tax Partner Fred Omondi said the latest move is the first in a series of anticipated crackdowns on undocumented foreign workers.
“We anticipate the introduction of a quota system in the issuance of work permits and possibly an introduction of annual immigration audits to identify any undocumented or improperly documented foreigners working in Kenya,” said Mr Omondi.


“The verification process will mean that expatriates working in Kenya should ensure they have the proper work documents, and would be viewed as a measure to mitigate the misuse of business visas as work authorisation documents. As such, we anticipate that the duration of business visas (90 days) may be restricted to a shorter period,” the Interior ministry said.